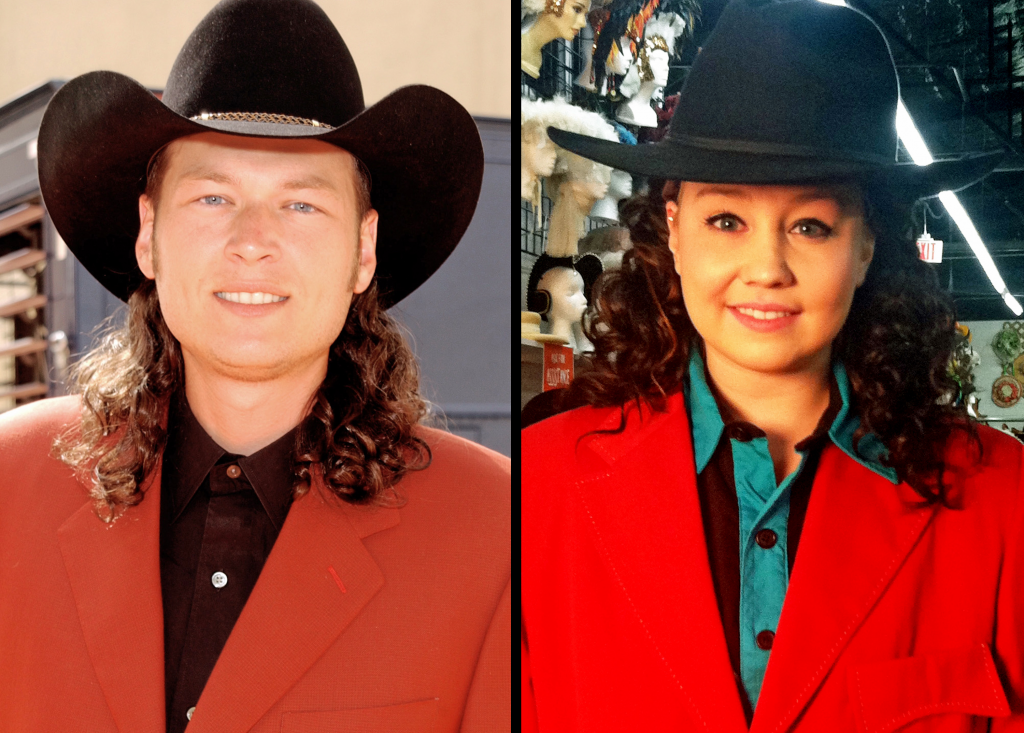 If imitation truly is the sincerest form of flattery, spunky songstress RaeLynn is taking the statement to a whole new level with her festive transformation into “vintage” Blake Shelton. The 20-year-old firecracker competed as part of his team during season two of NBC’s The Voice. She will release new music on The Valory Music Co. next year.

Now, RaeLynn is once again vying for votes … this time against Bucky Covington and Craig Campbell for their costume creativity. As part of a special Halloween segment on Nashville’s “More At Midday,” viewers and fans can vote here or call 615-353-2256 (leave a message with your pick) until 11:00A CT on Friday (11/1). The winner will be revealed on tomorrow’s show, airing on WSMV (NBC) from noon – 1:00P CT.

Follow RaeLynn via twitter.com/RaeLynnOfficial/ for some of the behind-the-scenes footage captured at Performance Studios and more.