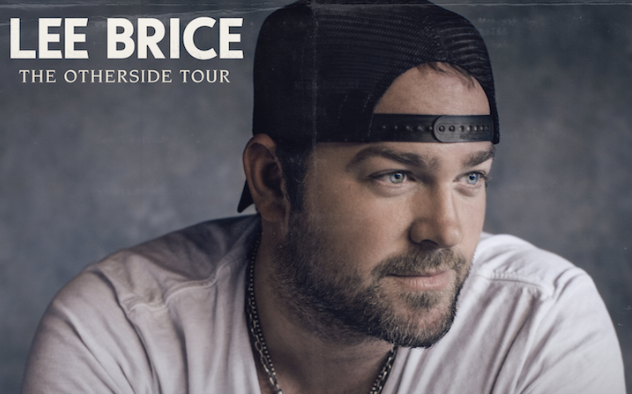 Lee Brice is gearing up to embark on his headlining The Otherside Tour. Partnering with The House of Blues, Brice will head out on a 15-city tour starting in Boston, MA on October 10.

We caught up with Lee and chatted with him about his headlining tour and what fans can expect.  He shared that he is working on a new album and fans attending one of his shows may possibly hear some of that new music.

Brice shares with CountryMusicRocks, “We’ve been out with Brad Paisley all year long and we are going to continue actually until the end of October. We wanted to end the year with kind of a thing of our own, maybe peek into next year a little bit. I’ve been working really hard on the new album and maybe peeking into the new album a little bit. Just kind of upgrading our show and just moving up.”

Brice partnered with popular venue The House of Blues for his headlining tour.  Brice told us, “I grew up in South Carolina.  One of the coolest places I ever saw a concert was at The House of Blues in Myrtle Beach, which was kind of our place to go. We got with the House of Blues and those kind of venues and thought it would be really cool to do a tour like that at the end of the year, and close the year out like that.”

The Otherside is the name of Lee Brice’s headlining tour. We asked him if there is a specific meaning behind the tour name, and of course there is!  “It’s a lyric out of my next single, “That’s When You Know It’s Over”  Lee shared.  “The whole song, the gist of it, that’s when you know it’s over, that’s when you know you’ve made it over to the other side ready for another ride. So it’s about a new beginning. That is kind of where we are headed.  After [Brad] Paisley, we are hoping for another beginning to a new part of our career. We’re almost over into the next year. Just a lot of little meanings to that [song] and we thought it was kind of cool to just talk about it like that, and it’s right out of our next single.”

Tickets for The Otherside Tour are on-sale now.  For a complete list of tour dates, and ticket information, click HERE.  Tyler Farr and Chris Lane will join Lee Brice in select markets.