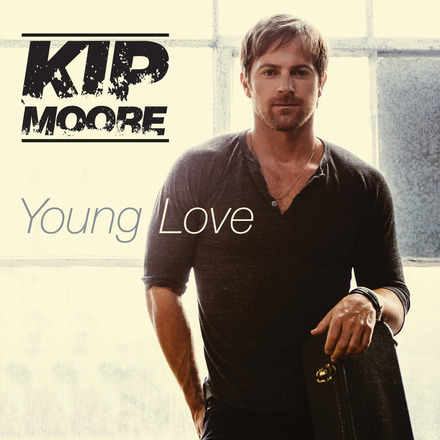 PLATINUM-selling artist Kip Moore announced “Young Love” as the lead single from the follow up to his MCA debut, UP ALL NIGHT.  It follows three consecutive No. one hits and was written by Moore and longtime friends Dan Couch (“Hey Pretty Girl,” “Somethin’ Bout A Truck”) and Weston Davis.

With a building tempo and powerful instrumentation, the song captures the passionate and all consuming emotions of a first love.  Fans can unlock a special preview of the track by visiting http://younglove.kipmoore.net/.

“Being able to write songs with a couple of your best friends and then actually have some success with it is something every up and coming songwriter dreams about, and I have a hard time believing that we’ve achieved that sometimes.  Beyond being friends, Dan and Weston are two of the most talented guys I know, and we always push each other to be better,” said Moore.  “This song is about being in love so much that the rest of the world doesn’t matter, it is just about those two people.  Especially being young, everyone else might not take it as seriously as you are feeling it.  I think most people have been there and we wanted to tell that story.”

Moore will kick off his own headlining dates for the BURN THE WHOLE WORLD DOWN Tour kicking off Nov. 15 in Jacksonville, FL and going through Dec. 14.  In January, he will join Lady Antebellum for their TAKE ME DOWNTOWN TOUR.  For a full list of tour dates and more information, visit www.kipmoore.net.