Black River Entertainment artist Kellie Pickler and her good friend, Summer Miller, appeared together on ABC’s Good Morning America this morning at the request of the show to help kick-off its Breast Cancer Awareness Month campaign. Summer was diagnosed with breast cancer last year, and as a sign of support, Pickler joined her on camera as her “cancer buddy” to shave their heads. Now, a year later, Miller is on the road to recovery. 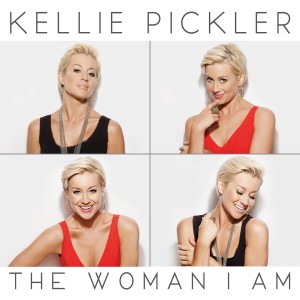 During today’s appearance, Pickler’s husband Kyle Jacobs joined her for a special performance of “Someone Somewhere Tonight,” a song that can be found on her upcoming fourth studio album, The Woman I Am, due in-stores Nov. 11. Pickler revealed the cover artwork for the album during her appearance on Good Morning America. The Woman I Am was produced by Luke Wooten and Frank Liddell for Carnival Productions. To watch the performance, click HERE.

Earlier in the show, Pickler also performed her hit song “Don’t You Know You’re Beautiful,” as cancer survivors from around the nation were shown celebrating Breast Cancer Awareness Month.

After the show, Pickler and Miller taped an interview with correspondent Hilaria Baldwin for an upcoming episode of Extra.