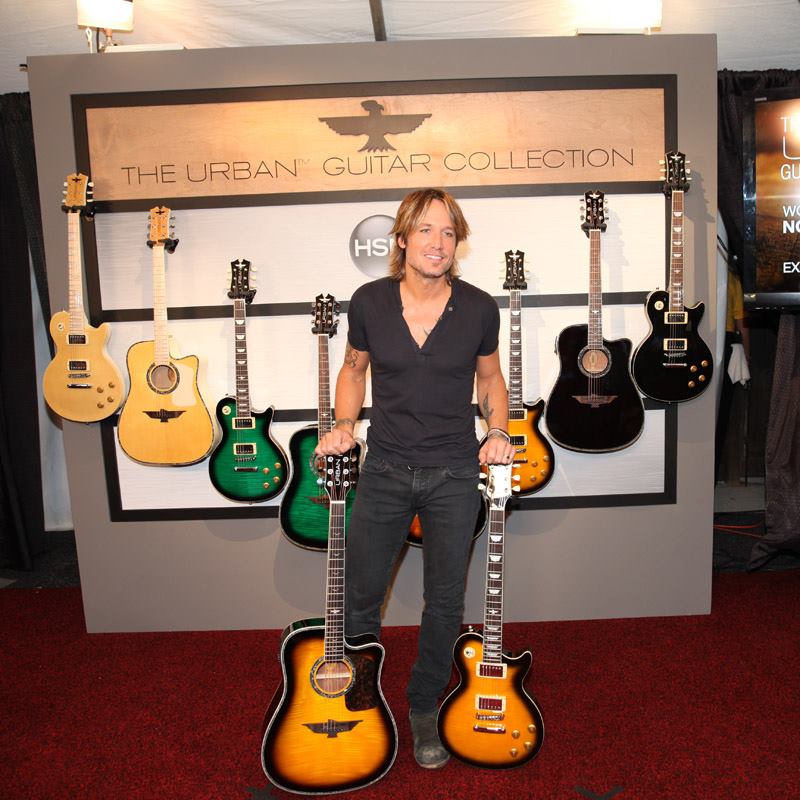 Four-time Grammy Award-winner and American Idol judge Keith Urban, long committed to numerous music education programs, today announced that he has teamed with leading interactive lifestyle retailer HSN to offer an affordable line of guitars to as many aspiring musicians as possible, as well as to those seeking to learn how to play.

The URBAN™ Guitar Collection, which includes two one-hour instructional DVDs and his first custom created, limited-edition acoustic and electric guitar line, will become available for sale exclusively on HSN, HSN.com and via HSN Mobile on Sunday, November 3rd, 2013 at 12:01 A.M (EST). A portion of the proceeds from the URBAN™ Guitar Collection, as well as guitar packages, will go to Mr. Holland’s Opus Foundation and The Grammy Foundation.

“I’ve watched some of the greatest guitarists in the world perform and I’ve seen people just learning how to play,” said Urban. “The looks on their faces are almost always the same and the connection with the instrument is genuine.”

The URBAN Collection features two versions of the “Phoenix Edition” guitar – electric and acoustic/electric – and will be available in Brazilian Burst, Emerald Brazilian Burst, Rich Black and Vintage Natural Ivory. It is part of a 21-piece set that includes a custom amplifier, coated guitar strings, embroidered guitar strap, guitar picks and more.

“We are thrilled to welcome Keith Urban to HSN,” said Joy Mangano, President of Ingenious Designs, a subsidiary of HSN. “Great stories and great storytelling are at the heart of everything we do and I can’t think of a better guitarist and storyteller than Keith. His guitar playing skills are legendary and the passion he has for music will surely inspire our viewers to pick up a guitar and play when Keith makes his debut in November.”

Urban recently released his seventh studio album F– USE, which marked the first time that ANY country artist has simultaneously debuted at #1 on the all-genre charts in the United States, Canada and Australia. He is currently on the road for his “Light The Fuse Tour”. At each show, Keith uses the standard Phoenix guitar – the same guitar that will be available at HSN – and then signs it and gives it away to one lucky fan in the audience.