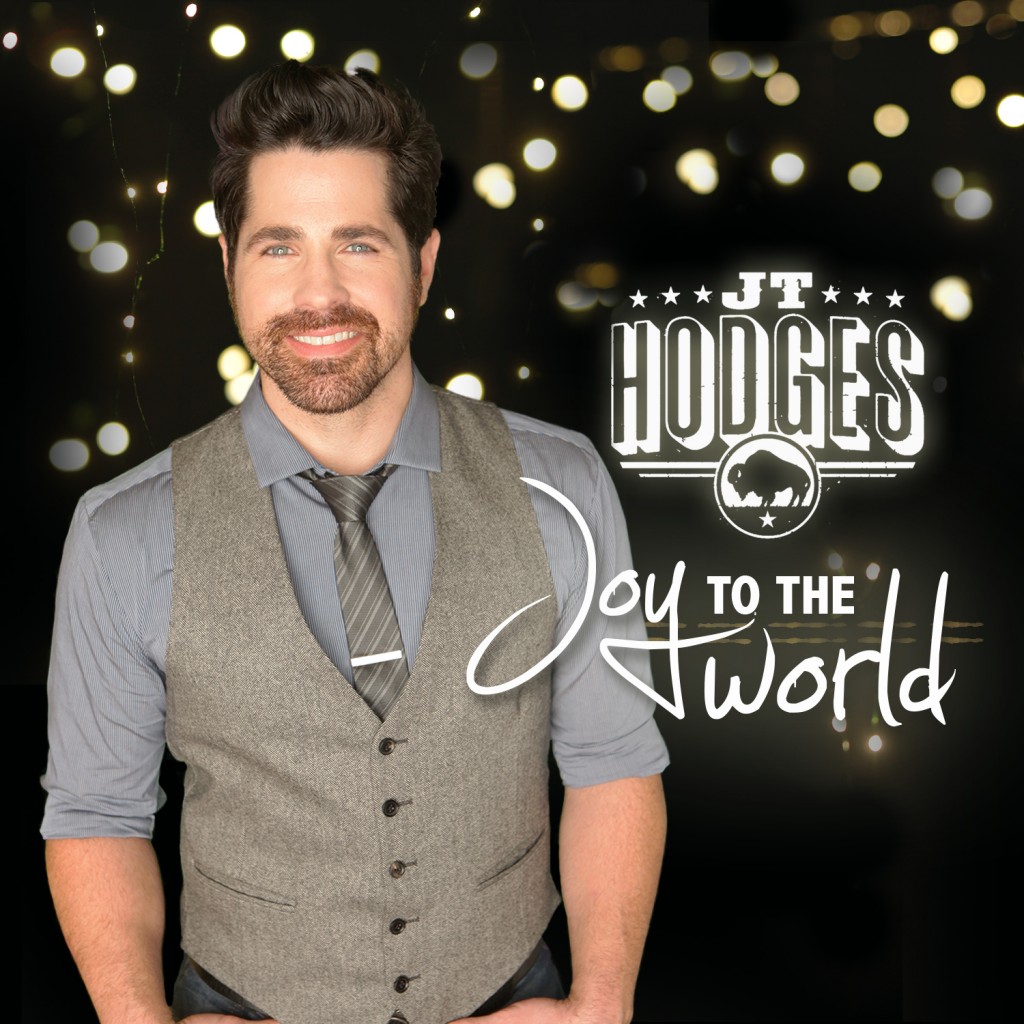 Country Music star JT Hodges will star in a new made-for-television holiday movie. The sultry Country Music artist who has already caught the eye of Music City Nashville, award-winning producers, the ACM’s and People Magazine will debut his acting skills in the Hallmark Channel Original Holiday movie, “Finding Christmas” which premieres on the network on Sunday,  December 15, 2013 at 8pm EST.

In conjunction with the network television movie, JT Hodges will also release a modern country take on the classic holiday song “Joy to the World” on Tuesday, November 5, 2013 via iTunes. The movie is part of Hallmark Channel’s popular “Countdown to Christmas” programming campaign.

Joining JT Hodges in the cast are Tricia Helfer (“Battlestar Galactica” “The Firm”), Mark Lutz (“Ghost Whisperer”) and Cristina Rosato (“Perfect Plan”).   “Finding Christmas” is about single mother Ryan (played by Helfer) who has just given up on dating after her divorce, happily accepting her young son as the most important man in her life. That all changes when Ryan’s brother Owen (played by Hodges), also feeling unlucky in love after a bad breakup, swaps his home in their small North Carolina town with New York City adman Sean (played by Lutz). Ryan feels an instant spark with her new neighbor, but Sean, who signed up for the temporary home swap after a proposal gone wrong, is out of his comfort zone in his new rural surroundings. He quickly discovers the magic involved with taking chances and starts opening up to romantic possibilities around free-spirited Ryan.

On the other end of the housing exchange, aspiring musician Owen (JT Hodges) is charmed when he meets Sean’s sassy assistant Mia (played by Rosato) in New York City. The brash Mia is just the right person to help Owen snap out of his rut and take a real chance on his music career. As Owen acclimates to his swanky New York City digs with Mia’s help, he begins to realize Mia might be just the right girl for him. With Christmas approaching and the home swap nearing an end, the future for both relationships is up in the air and it’s anyone’s guess if the temporary holiday arrangements lead to long lasting love. “Finding Christmas” is a Chesler/Perlmutter Production.

“I’ve always loved performance art period. It was choir and musicals in High School and then on to theatre and television studies in College. I’ve always been passionate about cinema, as a viewer and an actor. Names like Paul Newman, Robin Williams, Oliver Stone and Steven Spielberg will always have my praise,” said JT Hodges.  “Being able to work on this movie with Hallmark Channel was an amazing experience and opportunity for me. I’m very thankful and excited that all of my fans now get to see another side of my artistry.”

While JT Hodges’ first love remains his music, acting has always been a part of creative pursuits. Following in the footsteps of musicians and actors such as Tim McGraw and Kris Kristofferson, JT’s debut in the network original movie is an opportunity that gave him the chance to show his diverse creative abilities to audiences nationwide.

In “Finding Christmas,” JT Hodges performs the holiday song “Joy to the World” when he goes to an open-mic night at a New York City Club with his new love interest, Mina. Knowing Owen plays around his home town in North Carolina, Mina encourages him to play because of the people who will be attending from the radio networks.

The English hymn originally written by Isaac Watts in 1719, celebrates Christ’s triumphant return and imitates the language of the New Testament has gone on to become a mainstay of the holidays for generations. Hodges will release his new rendition of “Joy to the World” on Tuesday, November 5th, 2013 with a little bit of Country flair and pop/rock edge. Fans will be able to download it from the iTunes holiday store and celebrate the Hallmark Channel Original Holiday Movie “Finding Christmas.” The newly recorded version of the song is guaranteed to become this year’s best holiday classic and one of the most anticipated Country music holiday songs to be released this year.

Beginning in 2014, JT Hodges will release new music including a long-anticipated single. Fans and media can stay tuned to his website for the most up to date information.  “Joy to the World,” performed by JT Hodges will be available just in time for the holidays on November 5th via iTunes. For more information go to www.jthodges.com.