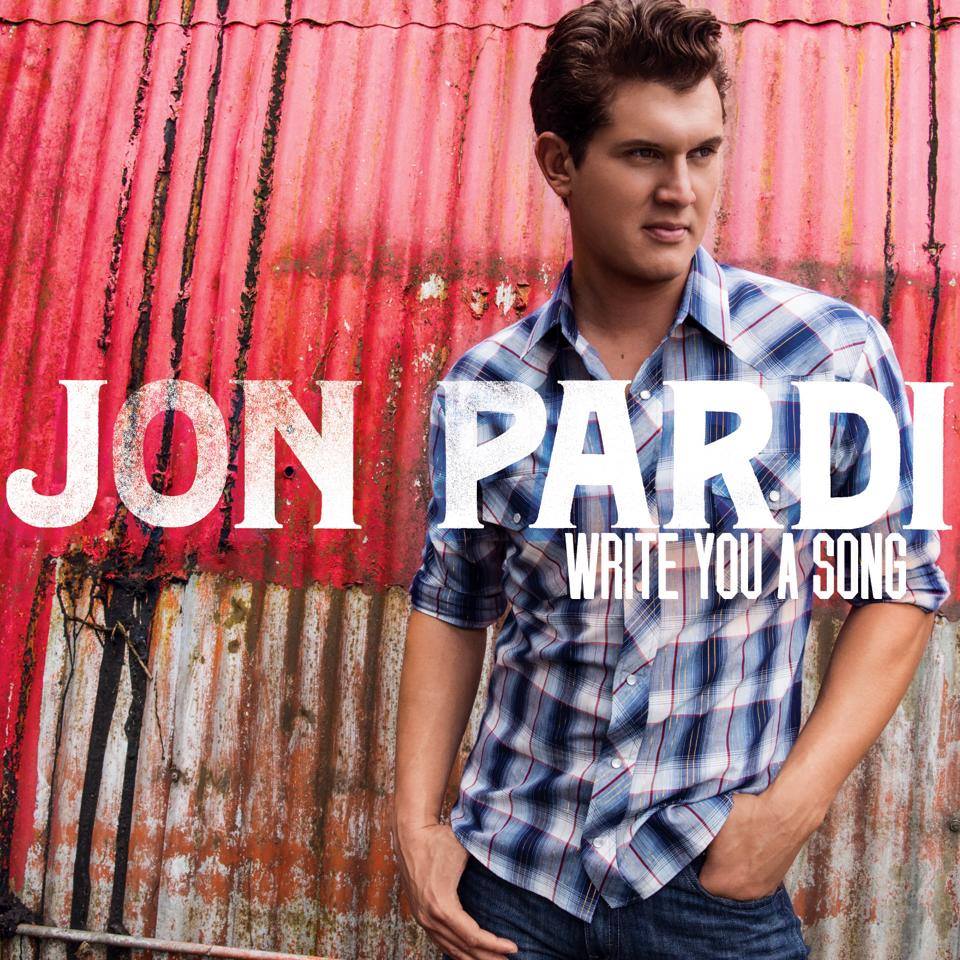 Jon will release his debut album, Write You A Song, Jan. 14, 2014. Pardi’s high-energy approach, perfected on stages throughout his native California, has its stamp all over his Capitol Records Nashville debut.Write You A Song features Pardi’s latest Top 25 and climbing single “Up All Night,” his previous Top 25 tune, “Missin’ You Crazy,” plus nine more previously unreleased tracks.

Pardi co-produced the album, as well as co-wrote all but one of the 11 tracks on Write You A Song, making this release especially meaningful for the up-and-coming star.

“This album represents the last four years of my life from relationships to playing music,” shares Pardi. “It’s a fun, upbeat album with songs about life and love.” A natural storyteller, he writes what he knows, spinning tales born of his dues-paying days and bringing it all together into a strong, cohesive musical statement. “If you can take a piece of life and put it in a song,” says Pardi, “it’s going to be a good song—especially if it’s from the heart.”

Co-produced with Bart Butler, a friend and a co-writer on many of the album tracks, Write You A Song delivers a sound that is uniquely Pardi – a traditionalist at heart, influenced by his grandmother’s classic country tastes in George Strait and ALABAMA, but with just a bit of swagger that gives a little edge to his undeniable appeal.

“All I ever wanted to do coming to Nashville was to write rowdy, in-your-face, straight country music,” expresses Pardi, “and that’s what this album is.”