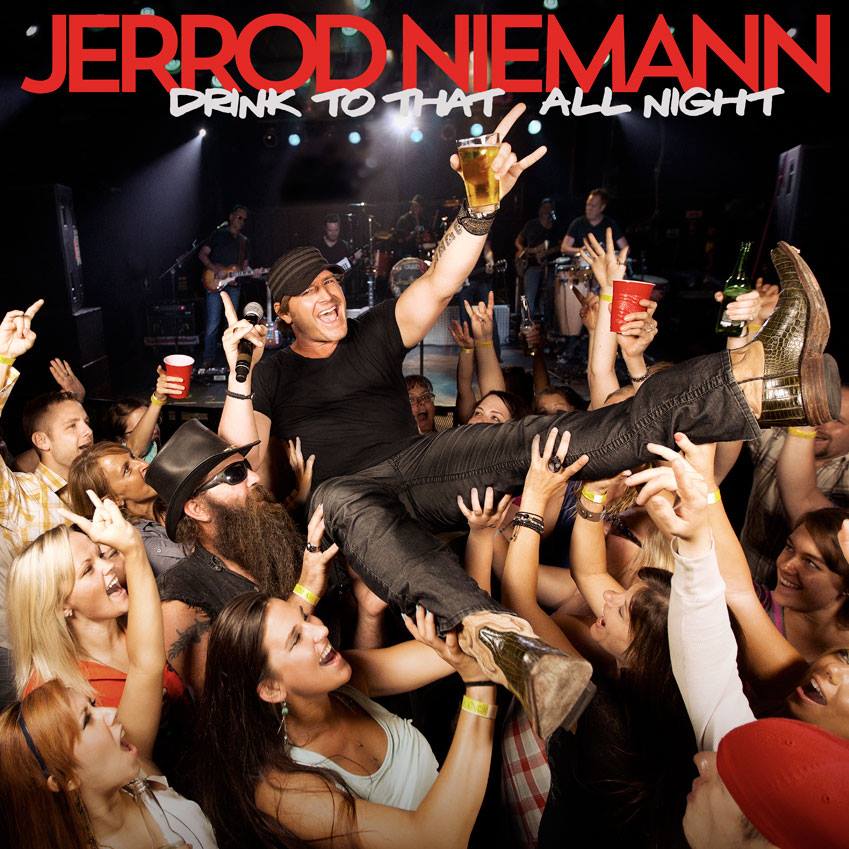 Sea Gayle Records/Arista Nashville hitmaker Jerrod Niemann is the toast of the town as he impacts country radio with a whopping 72 first-week Billboard and Country Aircheck monitored stations serving up his new single, “Drink to That All Night,” marking the biggest impact week of Niemann’s career and becoming Mediabase’s most-added new country song this week.

Already inside the Top 40, landing at #39 on the Billboard Country Airplay chart, the Derek George/Lance Miller/Brad Warren/Brett Warren-penned “Drink to That All Night” has been drawing cheers from radio and media, as well as fans.

Produced by Jimmie Lee Sloas and Niemann, “Drink to That All Night” is available for sale HERE.

Between work on his new album – the follow-up to his acclaimed, musically adventurous Free the Music collection – Niemann is maintaining his seemingly non-stop tour schedule, which will see him play more than 200 dates this year.  Niemann’s previous album release, his chart-topping major-label debut, Judge Jerrod & The Hung Jury, produced the #1 smash and RIAA-certified Platinum Digital Single, “Lover, Lover,” and the Top 5 and RIAA-certified Gold Digital Single, “What Do You Want.”

Keep up with Jerrod at  JerrodNiemannOfficial.com