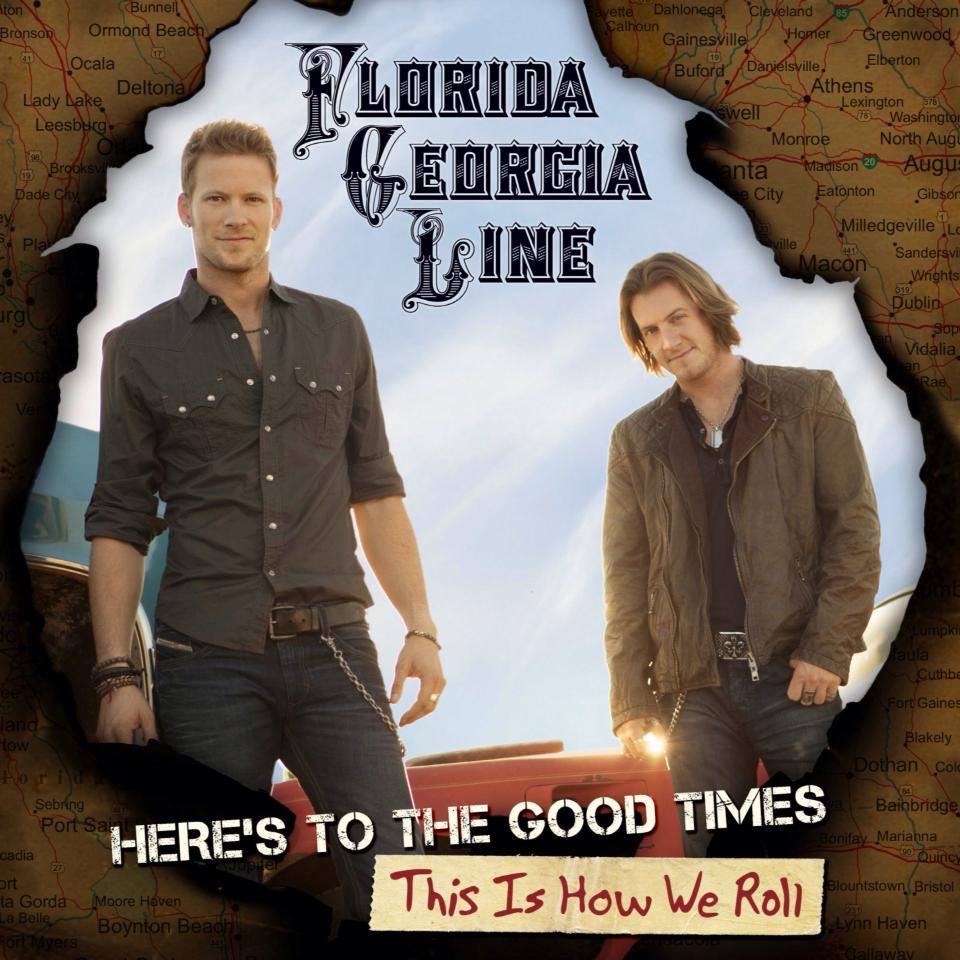 Earlier today (10/1), Florida Georgia Line rounded up some of their “party people” for an exclusive sneak peek at their first major headline tour – HERE’S TO THE GOOD TIMES TOUR 2013.

Hundreds of fans and members of the music industry community gathered at Nashville’s Bridgestone Arena to watch the breakout duo’s final rehearsal before they embark on the 32-city tour, which kicks off this Thursday (10/3) in Brookings, SD. The CMA nominees began the concert preview with the exciting news that HERE’S TO THE GOOD TIMES…THIS IS HOW WE ROLL, a deluxe version of their chart-topping debut album is slated for 11/25 release on Republic Nashville.

The hot newcomers were surprised with a special presentation commemorating several recent career milestones. FGL scored three plaques for the PLATINUM certification of their aptly titled debut album HERE’S TO THE GOOD TIMES; GOLD certification for “Round Here,” and breaking the record for longest #1 on Billboard’s Hot Country Songs Chart with “Cruise.”

The multiple ACM and CMT Music Award winners exploded to the top of the charts with their MULTI-PLATINUM debut single “Cruise,” which has sold over 5.8 million copies in the US alone and has become the second best-selling Country single ever, according to Soundscan. They followed with PLATINUM “Get Your Shine On” and GOLD “Round Here,” solidifying FGL as the only artist in history to join Brooks & Dunn in having their first three singles hit #1 for multiple weeks each. To date, more than 10 million tracks worldwide have been sold from FGL’s Republic Nashville debut album, HERE’S TO THE GOOD TIMES, which has been certified PLATINUM in the US and GOLD in Canada.

Currently, FGL is nominated for their first-ever CMA Awards for Vocal Duo of the Year; New Artist of the Year; Single of the Year for “Cruise;” and Musical Event of the Year with Nelly for the remix of “Cruise.” The show will air LIVE on November 6 at 8P ET/PT on ABC.