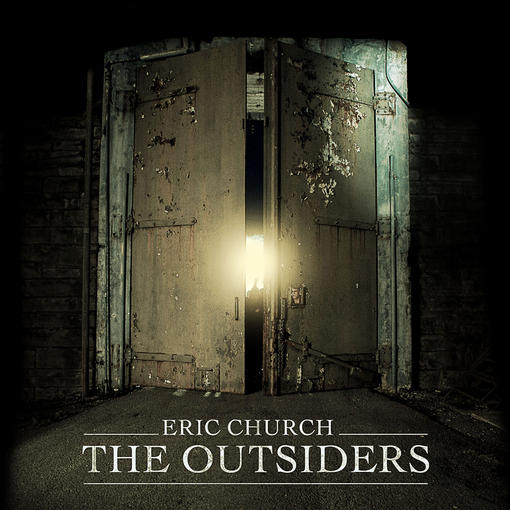 “The Outsiders,” the first single off the upcoming new studio album from Eric Church (EMI Records Nashville), will be available for digital purchase and shipped to radio on Tuesday, Oct. 22 (avail on iTunes HERE). The song was written by Church and Casey Beathard and produced by Jay Joyce, Church’s longtime producer.  The single will officially go for adds on Monday, Oct. 28.

Church teased the news of what’s to come with a video exclusively shared with the Church Choir that has generated a lot of speculation due to its cryptic warning: “On October 22nd, you’ll find out just who we are.”

Church is the entertainer Rolling Stone named as one of the “50 Greatest Live Acts Right Now” in its Aug. 15, 2013 issue. Fans in Austin, Texas recently experienced that for themselves at ACL Festival where Fuse.tv wrote, “Church treated his set like a stadium show….[and] had one of the most diverse fan bases of the festival.” No wonder Spin Magazine ranked Church as No. 4 out of 10 on their “Best Things We Saw on Saturday” list from their coverage of Lollapalooza 2013 earlier in the year. The Boston Globe referred to him as “a jacked-up force” when he performed with Kenny Chesney at Gillette Stadium this summer. The Orange County Register, in reviewing his show at Angel Stadium, said, “Church’s 75-minute performance was electrifying,” “rip-roaring,” “attitude aplenty and a performance that alone was well worth the ticket price.”

“The Outsiders” will mark Church’s fourteenth career single and is his first release since the January gold-certified, Top 10 “Like Jesus Does” which Beathard also co-wrote with Monty Criswell.

Church is nominated for two CMA Awards this year: Male Vocalist and Musical Event of the Year (with Jason Aldean and Luke Bryan for “The Only Way I Know”). He is the reigning CMA and ACM Album of the Year Award winner for the Platinum-certified Chief, which debuted at No. 1 on the Billboard Top 200 and stayed atop the Billboard Country Albums Chart for two weeks. Chief spawned five hit singles, including two No. 1 smashes: the Gold-certified “Drink in My Hand” and Double Platinum-certified “Springsteen.”