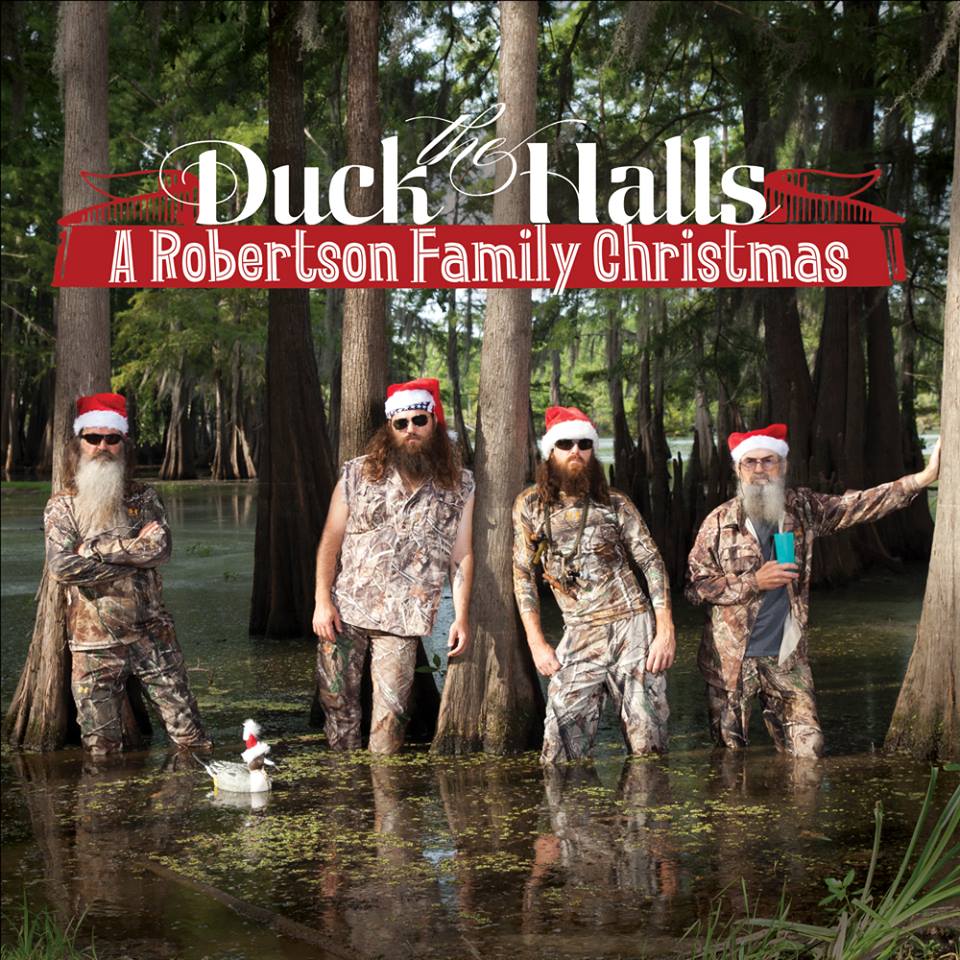 Duck The Halls: A Robertson Family Christmas is now available at retailers across the country. The album mirrors the Robertson family’s popular television series, showcasing their offbeat brand of humor and reflecting their values, even concluding with a prayer from family patriarch Phil and closing comments from his son and Duck Commander CEO, Willie.

Produced by Buddy Cannon, the Christmas album was recorded at Music City Studios in their hometown of West Monroe, Louisiana and features performances by the Robertson family along with special guests Alison Krauss, George Strait, Josh Turner and Luke Bryan.

Every member of the Robertson family took part in the recording of the album, from Uncle Si’s version of “You’re A Mean One, Mr. Grinch” to Willie’s “Ragin’ Cajun Redneck Christmas” which he co-wrote with Dallas Davidson to Missy Robertson’s beautiful rendition of “I’ll Be Home For Christmas” and Sadie’s “Away In A Manager” with Alison Krauss.

Grab your copy of on iTunes HERE.

Check out Duck The Halls Webisodes and More at duckthehalls.com.