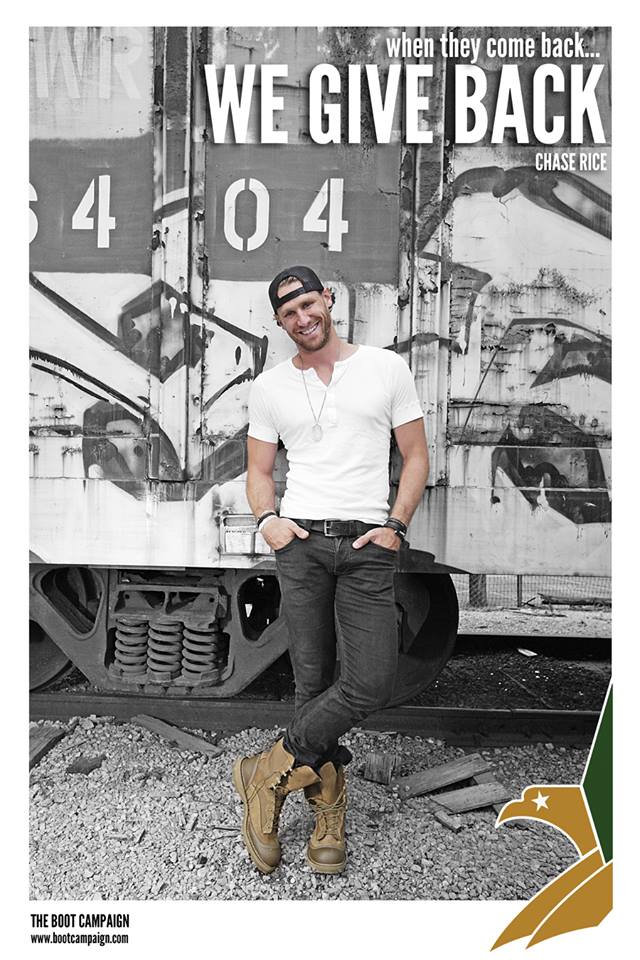 In the midst of releasing his second independent EP Ready Set Roll, singer/ songwriter Chase Rice is taking a moment to encourage Americans to express gratitude for those who serve by lacing up combat boots with the Boot Campaign – a national nonprofit dedicated to cultivating awareness, promoting patriotism, and providing assistance to military personnel, past and present, and their families.

You can view Rice’s photos on BootCampaign and read his interview HERE. Growing up with grandfathers who both proudly served, Rice is dedicated to supporting our Armed Forces.

“I have unbelievable respect for any man or woman who’s willing to lay down their life for our freedom and country,” said Rice. “Personally, I’ll do anything to help out our servicemen and women in any way I can.”

Rice’s new EP Ready Set Roll releases on Tuesday, October 15, but Boot Campaign has a special offer just for YOU: Get an early listen of Ready Set Roll by visiting this exclusive link on Sound Cloud HERE.

The Live Nation Ones To Watch – Ready Set Roll Tour is underway.  See tour dates and buy tickets at www.chaserice.com.