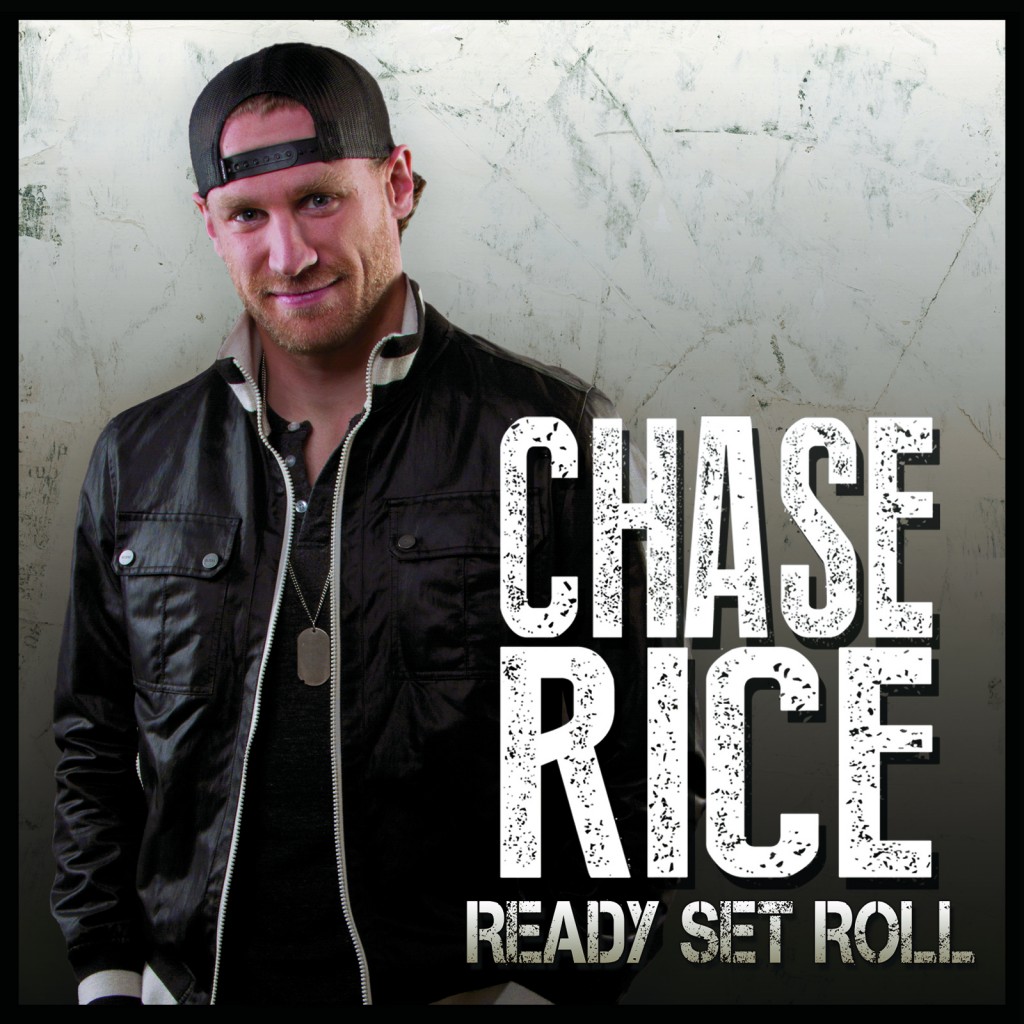 Country Artist Chase Rice is gearing up to release his highly anticipated Ready Set Roll EP on October 15. The digital release will include six tracks, all of which Rice co-wrote, and includes already well-known single “How She Rolls.”

Rice engages listeners immediately with EP titled single, “Ready Set Roll.”  He turns the evolvement of country music all the way up to ten, and the momentum continues track after track. “Turn Up The Party” features Colt Ford and has a smooth groove throughout, while “Country In Ya” kicks things up a notch and rocks from start to finish.

“Look At My Truck”  is not just another truck song, it is much deeper and one that many will find relatable. “Best Beers of Our Lives” instantly resonates, and is sure to serve as an anthem among friends as they raise up their cups and reflect on good times & memories. “How She Rolls” is already a favorite among many.  It has been showcased on SiriusXM’s The Highway and has served as a solid re-introduction to Chase Rice and his new music.

The piano version of “Jack Daniels and Jesus” is a riveting track that will only be featured on the physical copy of the EP.  The song was initially featured on Rice’s first full length album, Dirt Road Communion, released in 2012.  The EP includes an acoustic version of the song simply featuring Chase Rice and a piano, however, there is nothing simple about the song.  It is strong, full of meaning and powerful.  Hearing this side of Chase further confirms his talents as an artist and that he has something special to offer to the country music genre.

The EP is impressive and well-rounded.  It is comprised of several musical elements blended together for a balanced, solid collection of music.  Chase Rice delivers songs that express some familiar subjects, however, each song is unique and memorable.  A vivid picture is portrayed with each track as Rice opens himself up, giving listeners an in-depth look into who he is as an artist.

With essentially no record label deal, manager or song on country radio, Chase Rice has made a name for himself.  His hard work & passion for his music, and his fans, is evident as well as inspiring.

The EP will be available on October 15 by clicking HERE.  Each of these songs are must-haves for your country music playlist.

In addition to the release of his Ready Set Roll EP, Chase Rice is headlining the Live Nation “Ones To Watch” Tour this fall. For a complete list of tour dates, click HERE.