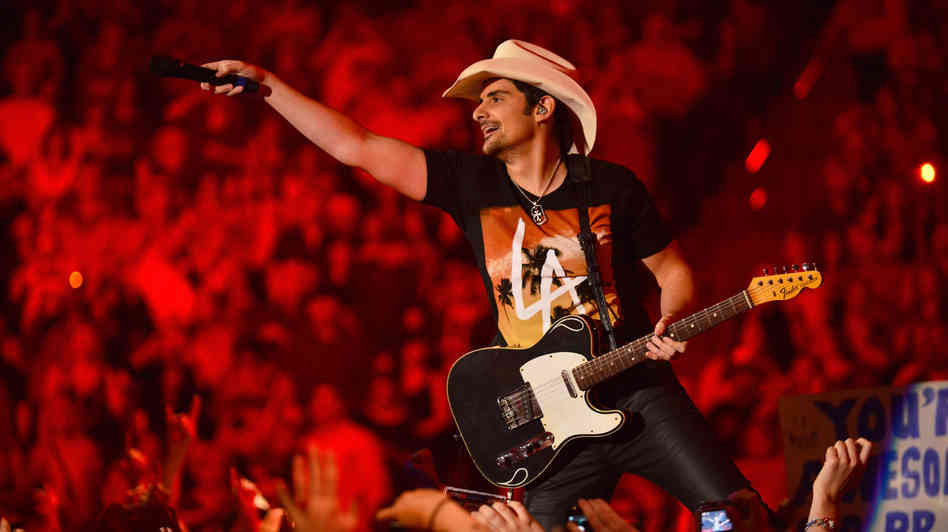 Three-time GRAMMY® Award winner Brad Paisley has teamed with Magisto, the automatic video-editing app, to invite fans to create their own music videos, themed around Paisley’s new song, “I Can’t Change the World.”

Featured as a selection in Magisto’s new “Country” editing theme, the lyrics to “I Can’t Change the World” proclaim, “I can’t change the world / Baby, that’s for sure / But if you let me, girl / I can change yours.”  Using this message as the music bed, Paisley is encouraging fans to make a music video to celebrate someone they know who has changed their world.

Anyone can quickly and easily create their own professional-looking music videos using Magisto’s free video-editing app, available on iOS, Android and the Web.  Fans simply select the video clips and photos they want to use from their phones, tablets or computers and then choose Magisto’s “Country” editing theme.  Using “I Can’t Change the World” as their video soundtrack, all they have to do then is click the create button, and five to seven minutes later, their personal music video is ready for viewing on Magisto and sharing via email, SMS, Twitter, Facebook and Google+.

Fans will also be able to share their videos in a special “I Can’t Change the World” video album (http://www.magisto.com/album/bradpaisley), part of Magisto’s recently launched “Open Albums” feature.

From now until October 29, 2013, all Magisto-created movies that include the hashtag #changedmyworld in their title and Paisley’s “I Can’t Change the World” as the music bed will be entered to win special prizes. One (1) Grand Prize winner will receive a Sony BluRay Home Theater System, Paisley’s entire catalogue of albums including a signed copy of his current album Wheelhouse, and a personalized video message from Brad Paisley. Ten (10) runners up will receive a signed copy of Paisley’s Wheelhouse album, while creators of the fifty (50) most-liked movies will receive complimentary one-year of Magisto Plus Premium.