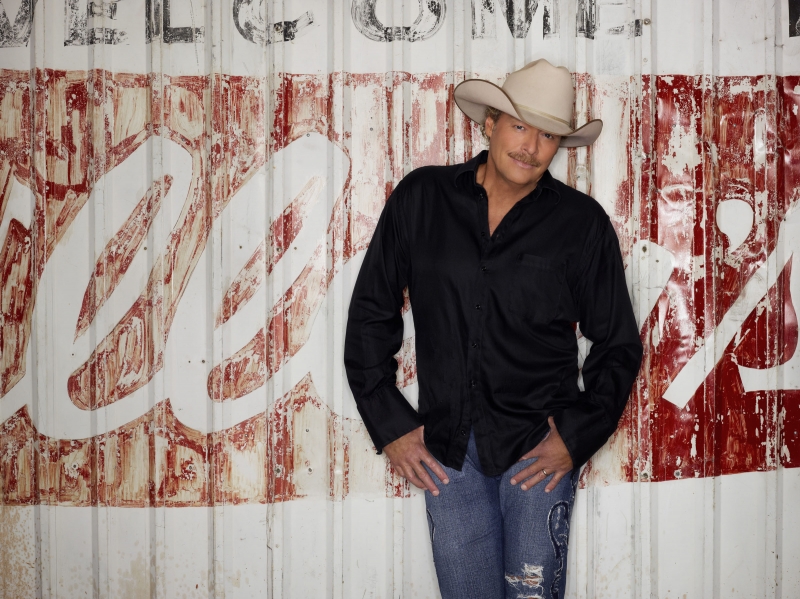 Both songs were written by Jackson for The Bluegrass Album, which is available now. The Wall Street Journal calls The Bluegrass Album “…one of this year’s strongest country albums of any sort…” while the Associated Press notes, “He concentrates on making a solid string-band album for the ages – and succeeds.” Billboard says, “He does the genre proud…the highlights are the self-penned originals,” and the Los Angeles Times amplifies that statement, noting “…his own contributions…demonstrate his understanding of themes that are central to bluegrass; the knowledge that life is hard, but the human spirit can rise above.” The Bluegrass Album debuted last week at #1 on the Bluegrass Album Sales chart, and it became the 18th Top 5 country debut of Jackson’s career.

The “Blue Ridge Mountain Song” video features Jackson’s daughter, Ali, in a storyline that was filmed east of Nashville and in the hills of North Carolina. “Blacktop” showcases a live performance by Jackson and the musicians from the album, captured at Nashville’s famed bluegrass venue, The Station Inn. Both videos were helmed by noted photographer and director David McClister, known for images that have graced the pages of Rolling Stone, Time, Newsweek and Billboard and for videos by such diverse artists as Ryan Adams, The Band Perry and Lady Antebellum.

Jackson will perform songs from The Bluegrass Album in concert at New York’s Carnegie Hall on October 28; he’ll be joined by the musicians from the album at the special show. Tickets may be purchased via www.carnegiehall.org, CarnegieCharge at 212.247.7800, and Box Office at 57th and Seventh. The Carnegie Hall Box Office is open Monday thru Saturday 11AM-6PM and Sundays Noon-6PM.