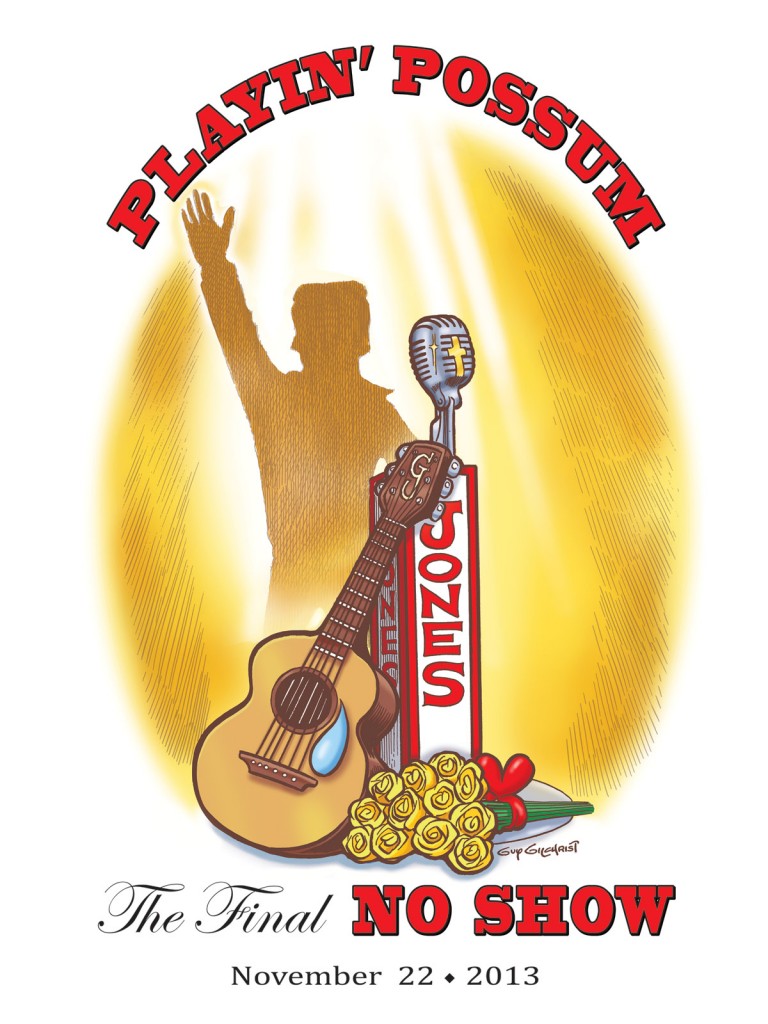 Earlier this week Nancy Jones revealed additional talent for what would have been George Jones’ final concert appearance in Nashville, Tennessee, on November 22, 2013 but is now a tribute to the country music legend.  In addition, “Playin’ Possum! The Final NO Show” has been dubbed the official name of the event.

“The evening of George Jones songs is going to be the best musical tribute Nashville has ever seen,” says Nancy Jones.  “We have many surprises planned, and I just wish George could be here to see what we are doing for him.”

“George Jones had a way of putting his finger right into your wounds and letting you know, ‘I understand. I know your pain.’ While ‘Wild Irish Rose,’ may be an unexpected choice with so many great songs to choose from, it is a perfect example of Mr. Jones way of reaching inside every one of us, and making us aware that we all have pain. By far the most pain a man can endure, sadly as so many of our Vietnam Vets know, is to come home and find no one wants him. In the end, as so many do, they end their days inside of a bottle, as “Rose” knows too well,” says Megadeth’s Dave Mustaine.

George Jones, often referred to as the “the greatest living country singer” was on his farewell tour titled “The Grand Tour,” when he passed away. The icon’s hits, “I Don’t Need Your Rockin’ Chair”, “Who’s Gonna Fill Their Shoes”, “White Lightning” and “He Stopped Loving Her Today” will surely become standards for honky-tonk cover bands for years to come.