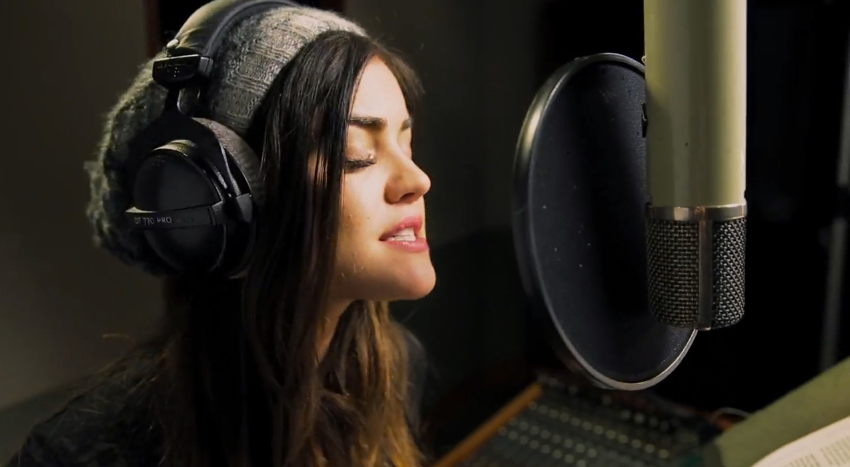 Last night, the millions of “Pretty Little Liars” (ABC Family) fans got a sneak peek into the making of Lucy Hale’s highly anticipated debut country album when the “Introducing Lucy Hale” websiode premiered on the Facebook page for the popular drama.

The clip, which gives viewers a behind-the-scenes glimpse of Lucy recording in Nashville alongside interview footage with some of Music City’s biggest songwriters, made Lucy Hale a worldwide trending topic on Twitter overnight. Catch the entire “Introducing Lucy Hale” webisode starting today on Vevo.

Born and raised in Memphis, Tennessee, the 24-year old singer and actress first started singing along with the radio to her favorite Martina McBride, Faith Hill and Shania Twain songs. While she made her mark early on as an actress, best known for her role on the hit ABC Family drama “Pretty Little Liars,” she is eager to share her longtime love for music, with her country debut album due next year on DMG Nashville/Bigger Picture Group.

This fall, Lucy will continue to hit the road to meet and perform for country radio programmers across the U.S. before the album’s first single is released next year. In addition, fans can get tickets as Lucy joins a star-studded lineup to perform live on CMA Country Christmas from Bridgestone Arena on November 8. The show will broadcast Monday, December 2 at 9/8 central on ABC.