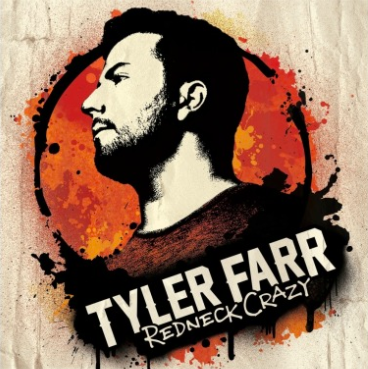 After an Instagram challenge encouraged fans to show Tyler Farr their “Chicks, Trucks and Beer” and other visual representations of his debut project’s song titles, the “Redneck Crazy” star, whose hit gold-single is currently Top 10 and climbing, is unlocking three exclusive “first listens” on his website, (http://redneckcrazy.tylerfarr.com) this week. The top three tracks were selected by fans and received the most fan-generated images.

The first reveal, “Ain’t Even Drinkin’” was unlocked yesterday, with two additional track reveals scheduled for tomorrow (9/11) and Friday (9/13). Of the song, one of the most recent one’s he wrote, Tyler notes, “I promised my grandma I’d put one song about not drinking on my album, and this song is about drinking, but it isn’t. I wanted to write a song about a guy that this girl just does it for him. In the chorus it says ‘I’m already gone.’ He’s seeing stars, done got shot by cupid with the arrow and too drunk to drive home, but he ain’t even drinking. This girl has him more messed up than five snakes in a lawnmower.”

The Columbia Nashville star’s debut album, scheduled for release on 9/30, is also available for pre-order today HERE. The full track listing is below.

Fans can keep up with Tyler by visiting his web site at www.TylerFarr.com or by following him on Twitter @tylerfarr.