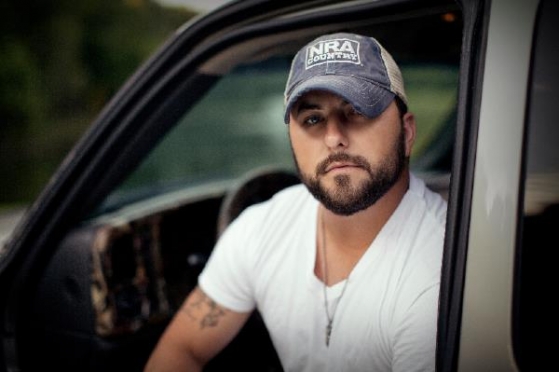 Rising country star and outdoor enthusiast Tyler Farr has been chosen as the NRA Country Artist Of The Month for September. Just weeks away from his highly anticipated debut album release, Redneck Crazy, featuring his hit single and title track, he joins some of country music’s biggest artists in teaming up with NRA Country to celebrate his support of our brave men and women in uniform, appreciation for the great outdoors, and love of family.

“The outdoors and music are fundamental parts of who I am,” says Tyler. “I never take for granted that in our country you have the freedom to fight for what you believe in and the ability to do what you love for a living. I am Tyler Farr and I am NRA Country.”

Tyler Farr has redefined “Redneck Crazy” with the release of his first Top 10, Gold-certified single to Country radio. The classically trained vocalist has earned critical acclaim for this hit, including rave reviews from The New York Times, Music Row, and All Access.  “Redneck Crazy” also continues to gain traction in the video world, with nearly 5 million views for the video on VEVO and counting. The Missouri native is currently on tour for select dates with Lee Brice and was just announced as an opener for fellow NRA Country act, Florida Georgia Line’s first headlining tour beginning in October.

As part of the September promotion, fans can register to win a Tyler Farr Prize Pack including:  Redneck Crazy ball cap, backpack, water bottle, and an autographed copy of the CD. Fans can also check out an exclusive behind the scenes video from Tyler Farr’s recent visit to the NRA headquarters.

Visit HERE from now through the end of September to check out exclusive video and register to win. Celebrate our country and learn more at NRACountry.com!

Fans can keep up with Tyler by visiting his web site at TylerFarr.com or by following him on Twitter @tylerfarr.  His debut album, Redneck Crazy hits stores on September 30th, and is available for pre-order HERE.