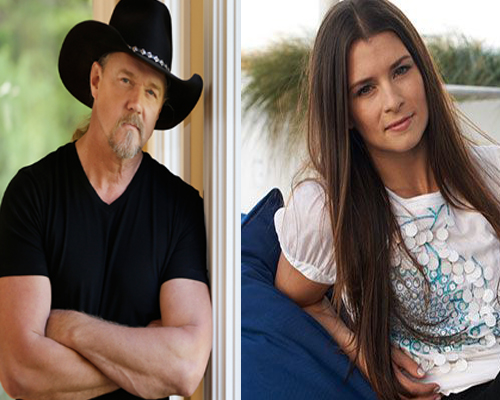 This is Adkins’ fourth time serving as a host of the annual awards show, which gives fans the opportunity to vote for their favorite artists in categories such as artists, albums, singles, videos and touring, encompassing the entire spectrum of country music and bestowing honors that no other awards show has. Nominees, performers and presenters to be announced.

“I can’t wait to see if I have what it takes to keep up with this racing superstar,” said Adkins.

“I’m so excited to host the AMERICAN COUNTRY AWARDS with Trace Adkins,” Patrick said. “I have no doubt he’ll be able to keep up with me. I’ve become a huge fan of country music since I came to NASCAR and have been fortunate to be in videos with Miranda Lambert and Colt Ford. This is going to be a really cool experience and I’m excited to be a part of it. It’s going to be a great show!”

In addition to his hosting duties, Adkins will be joined by legendary drummer Kenny Aronoff and other guests for a special performance of “Carol of the Drum” (otherwise known as “Little Drummer Boy”). The song is featured on Adkins’ recently announced Celtic-infused Christmas album, “The King’s Gift.”