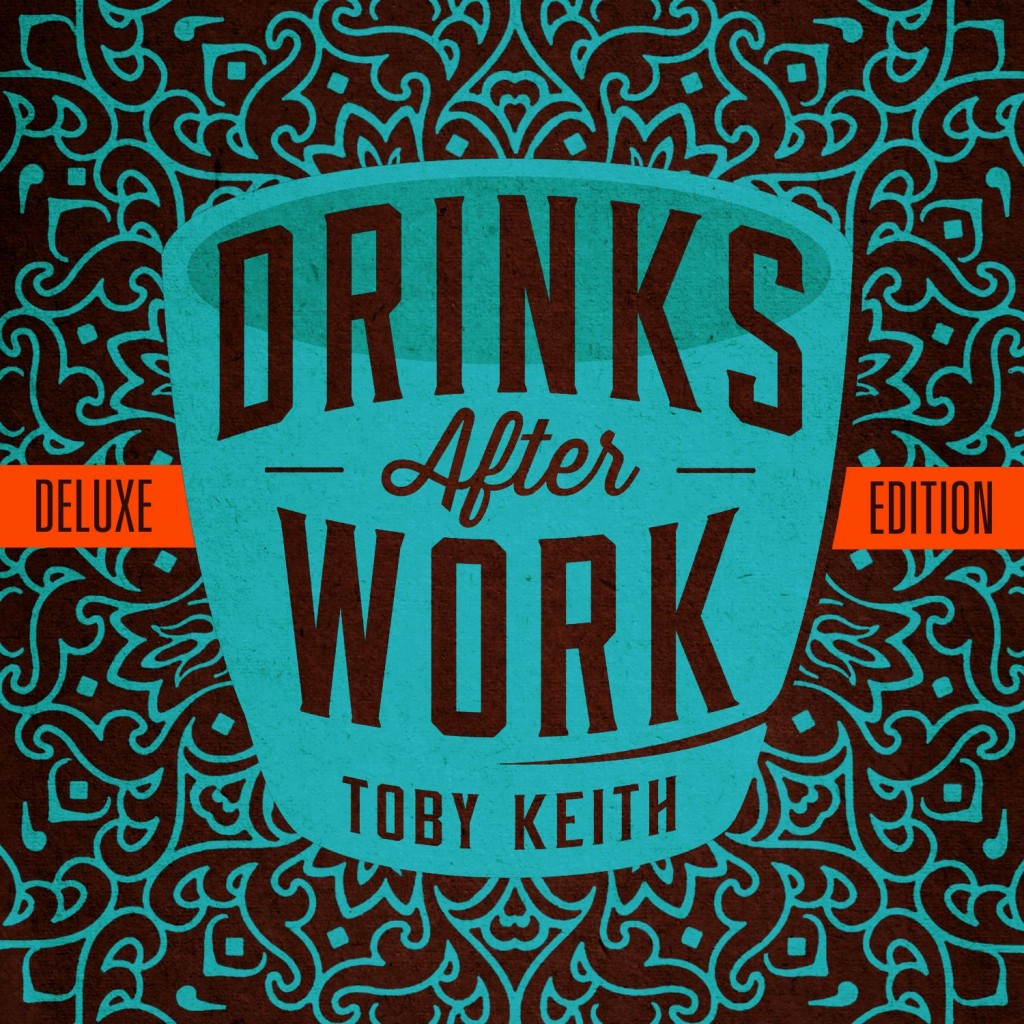 His current chart-running single “Drinks After Work” may be wetting the whistle of music fans, but Toby Keith is springing for a dozen more rounds with the October 29 release of his latest album.

Beyond the title track and nine other cuts (listed below), the deluxe addition also includes “Call A Marine,” “Margaritaville” (featuring Sammy Hagar) and “Chuckie’s Gone.” The latter is a tribute to Toby’s bandleader Chuck Goff, who died unexpectedly earlier this year. Goff is also remembered in the liner notes:

“This album is dedicated in memory of Chuck Goff, our longtime bandleader-bass player. He will live on forever in our thoughts and in our performances. We miss ya, Shmudlo.”

Toby Keith is one of the most consistent recording artists and touring draws of his era and continually ranking as one of the genre’s top grossing live performers. Forbes ranked him as the top-earning country artist of 2012. An iTunes pre-sale of Drinks After Work will be available Oct. 1. A complete track listing:

1. Shut Up And Hold On
2. Drinks After Work
3. Before We Knew They Were Good
4. Little Miss Tear Stain
5. The Other Side Of Him
6. Last Living Cowboy
7. Show Me What You’re Workin’ With
8. Whole Lot More Than That
9. I’ll Probably Be Out Fishin’
10. Hard Way To Make An Easy Living
Bonus Tracks
11. Call A Marine
12.  Chuckie’s Gone
13.  Margaritaville (with Sammy Hagar)