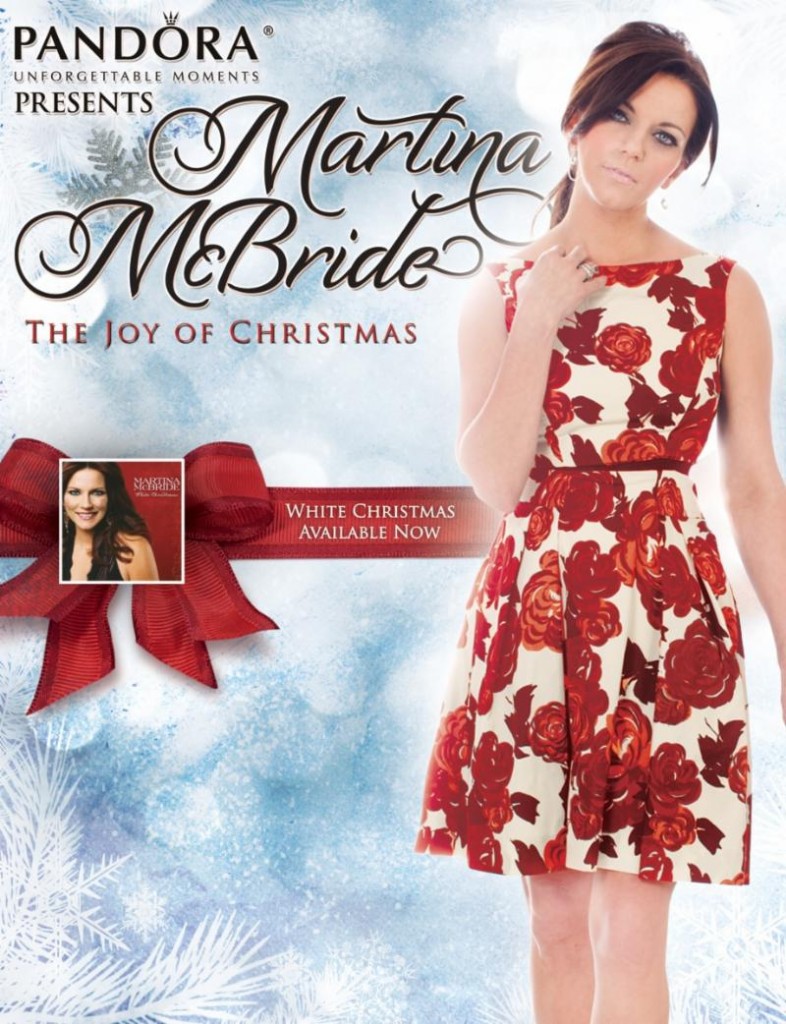 Superstar singer/songwriter Martina McBride will share her favorite time of the year with music lovers across the country once again, as she announces the 2013 Pandora Jewelry Presents Martina McBride: “The Joy of Christmas” Tour. The 12-city tour will kick off in Huntington, WV on Friday, November 29 and wrap up in Chicago on Saturday, December 21.

“This is such a fun and special tour to do,” said Martina. “I love bringing Christmas to life on stage and putting everyone in the Christmas spirit. My favorite part of the show is the Q&A where I go into the audience. You never know what is going to happen, and the spontaneity is something I really enjoy.”

This year’s tour will include everything from pop classics like “Let it Snow” and ‘I’ll Be Home For Christmas” to beautiful hymns such as “O Come All Ye Faithful” and “O Holy Night.” Martina’s multiple wardrobe changes will enhance the entertainment.

A 12-piece band complete with a string section will back Martina, as she brings her love of the holidays to a variety of venues. A video screen depicting scenes of the season will complement Martina’s versions of traditional and contemporary holiday classics, which are sure to put concert goers in the Christmas spirit.

The Chicago Tribune last year reviewed: “Only a true Grinch would have been unmoved by this show, a dream of Christmas as so many wish it could really be. “It was touching. It was funny. It was fun. McBride is a sincere cheerleader for high hopes and better times ahead. She’s earned her place in the Christmas pantheon, parked by the fireplace next to Bing and Andy.”

The Milwaukee Journal-Sentinel wrote about the concert: “Inside the Milwaukee Theatre, a multigenerational audience of revelers was greeted with all the trappings of the Christmas season as Martina McBride crafted a classic holiday extravaganza. Performing a two-hour set of yuletide tunes in front of 12 formally dressed musicians, this was purely a holly jolly affair.”