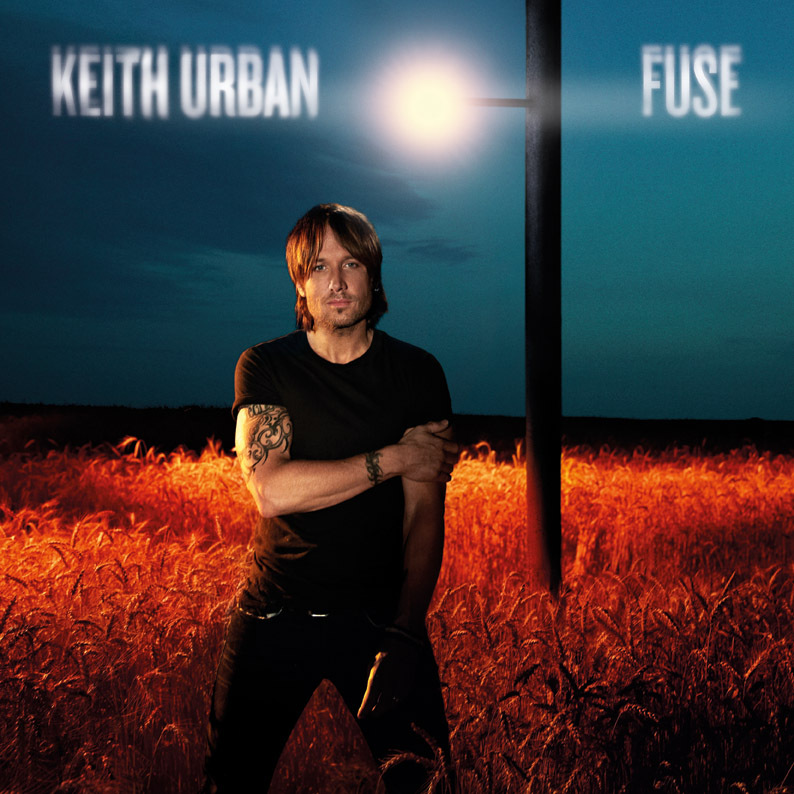 Keith Urban debuts at the top of both the country album and the Top 200 charts with his latest, Fuse.

The new project, which contains his recent two-week No. 1 hit “Little Bit of Everything” and his current single, “We Were Us,” a duet with Miranda Lambert, sold nearly 100,000 copies to land at No. 1 overall. Luke Bryan’s Crash My Party is No. 2, followed by Sheryl Crow’s Feels Like Home.

“The first thing I wanted to do was work exclusively with people I had never worked with, and it started with the songwriters. That moved into the various producers that I worked with and then musicians in the studio too,” says Keith. “Everything for me had to be new and different and [that was] a big part of what I was trying to do with Fuse.”

Keith’s next performance is on Friday (September 20th) at the MGM Grand for the iHeart Music Festival. He’ll return to the road for his Light the Fuse Tour 2013 on Saturday (September 21st) in Mountain View, California.