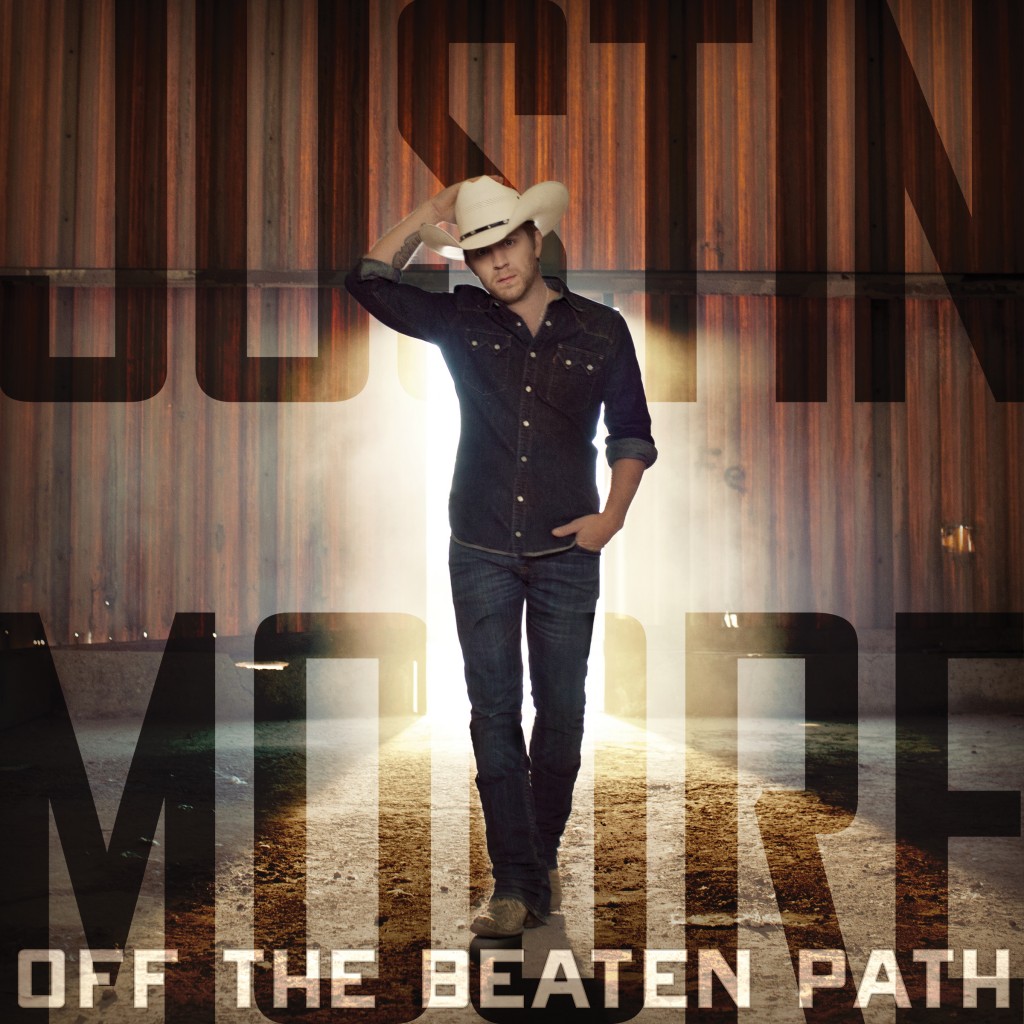 Justin Moore’s OFF THE BEATEN PATH shot straight to the top at iTunes, scoring the #1 spot on the Top Country Albums chart and #2 on the all-genre Top Albums chart just behind Jack Johnson. The Country hitmaker’s third studio album was released on Tuesday and has remained in the upper echelon of sales.

The 11-track project has elicited rave reviews across the country, including:

“OFF THE BEATEN PATH is his third strong album, each of which engages in a bait and switch: cloaking old-school values with new-school references. He is in no way a dissenter, merely someone who understands that old forms can stand even stronger with injections of new ideas.” – New York Times

“With pop-chasing stars running from their rural roots and wannabe outlaws crafting false personas, it’s tough to find the real artist under the sheen of modern country music. That’s not the case with Justin Moore.” – Milwaukee Journal Sentinel

“The songwriting is sharper and Justin Moore’s focus more clear … It’s an album that will definitively brand the ‘Point at You’ singer as a traditionalist, but that’s not to say he plays it entirely safe.” – Taste of Country

“OFF THE BEATEN PATH brings Justin Moore fans back to the mellow mid-tempo artist we fell in love with, when we first heard his breakout hit ‘Small Town USA’.” — Roughstock

This week, Justin ventured from his homestate of Arkansas to New York City to continue promoting his new album with stops at Billboard, People, and VEVO, among others. At the Best Buy Theater on Friday (9/20), he will perform a range of previous #1 hits like “Small Town USA,” “If Heaven Wasn’t So Far Away” and “Til My Last Day” as well as new songs, including “Point At You,” which is on the cusp of #1 at Country radio. Tickets are available for purchase here.