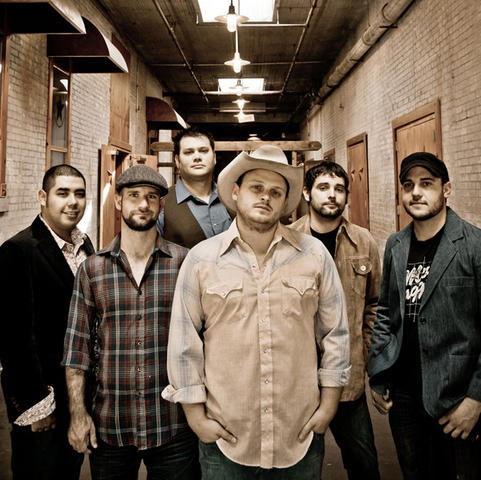 Today, in conjunction with CMT, MTV and Vh1, the Josh Abbott Band will premiere their most riveting and gut wrenching video to date.  While tackling the often-taboo topic of human sex trafficking, the band has turned the video for their song “She Will Be Free” into vehicle to shed light on the topic and hope to raise awareness and open peoples eyes.

The nail biting video reminds all of us that sex trafficking is a modern day form of slavery happening not only abroad in third world countries, but also here in the United States, in our own back yard – to our daughters, our sisters and our friends.

“We wanted to do something “bigger” with this piece than just a normal music video simply because of the deeper rhetoric behind the lyrics and specifically the title “She Will Be Free,” said lead singer Josh Abbott.  He added, “Human trafficking and using girls for sex slavery is an issue that surfaces every now and then and has always been one that just had a way of hitting me hard. Our director Evan Kaufmann and his team did a great job of envisioning my concept and it truly evolved into a piece of art we can not only be proud of but hopefully one that causes people to pay attention and reduce this atrociousness from occurring within our very own borders. If this video causes even just one person to speak up and free just one girl from this environment, then this video will be a tremendous success.”

At the end of the video the screen will display the number for the National Human Trafficking Resource Center Hotline ( 1-888-373-7888), in an effort to encourage people to speak up.  The website will also be displayed www.traffickingresourcecenter.org.

Additionally, the bands website will point fans to International Justice Mission (IJM) as a resource for invaluable information and ways to help.  Named one of the Top 10 non-profits “making a difference” in U.S. News and World Report, International Justice Mission (IJM) is a human rights agency that secures rescue for victims of slavery, sexual exploitation and other forms of violent oppression.  Every day, IJM lawyers, investigators and aftercare professionals work with local governments in 16 field offices in Africa, Asia and Latin America to rescue victims of slavery, sexual exploitation and other violent abuse.  IJM ensures long-term aftercare for survivors and prosecute perpetrators under local laws.  Today, IJM has grown to a staff of more than 500, the vast majority of whom (95%) are nationals of the countries in which they serve.  For more information log onto: www.ijm.org

Here in the U.S., IJM does work to mobilize people around the country to do their part to strengthen U.S. anti-slavery leadership at home and abroad. IJM has a dedicated action center called The Freedom Commons (freedomcommons.ijm.org) where individuals can gather with others and take action to pass anti-slavery legislation in the U.S. and support U.S. leaders in the fight to end slavery.

More about the Issue:
•    There are an estimated 27 million slaves in the world today—more than any other time in history. (Bales, Disposable People)
•    The total market value of illicit human trafficking is estimated to be in excess of $32 billion. (U.N.)
•    After drug dealing, human trafficking (both sex trafficking and trafficking for forced labor) is tied with the illegal arms industry as the second largest criminal industry in the world today, and it is the fastest growing. (U.S. Department of Health and Human Services)
•    Worldwide, there are nearly two million children in the commercial sex trade. (UNICEF)