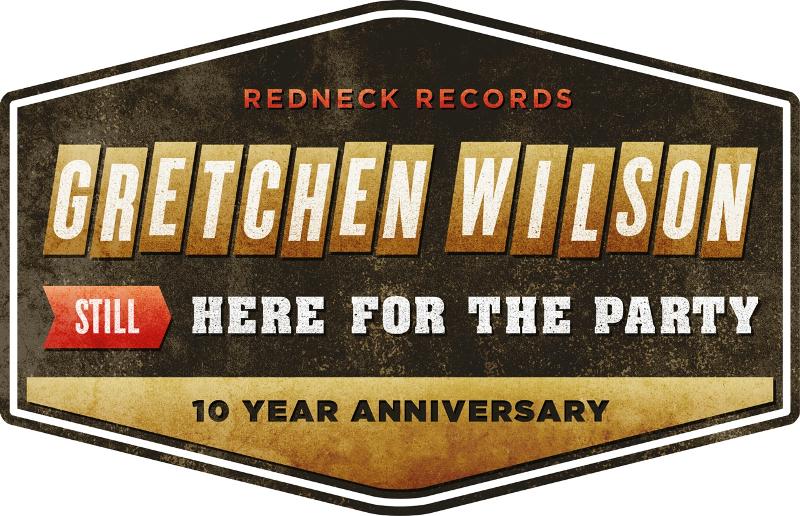 In May of 2004, Gretchen Wilson celebrated the release of her record-setting Here For The Party cd with several hundred of her closest friends at the famous St. Louis nightclub The Pageant.

On October 15, 2013, Gretchen and her band will return to The Pageant to perform the ground-breaking album in its entirety for the first time. The one-night-only event will be recorded for a live STILL Here For The Party CD and DVD, which are set for release in May of 2014 to commemorate the cd’s 10-year anniversary.

Here For The Party was Gretchen’s first of three consecutive albums that debuted at #1. Her “Redneck Woman” anthem hit #1 after only 12 weeks on the chart and camped out there for five record-breaking weeks. The album went on to sell over six million units and earned Gretchen considerable acclaim and a mantle full of awards.

“The Pageant and St. Louis in general are really special to me for many reasons,” said Gretchen, who grew up in nearby Pocahontas, IL and cut her musical teeth performing at many St. Louis clubs. “It’s hard to believe it’s been almost 10 years since we released Here For The Party, and we’re excited about the fans in St. Louis being a part of this event.”

Tickets for the October 15 performance and taping at The Pageant are extremely limited and will go on sale Friday, September 13, 2013 at GretchenWilson.com and Ticketmaster. In keeping with Gretchen’s lucky number 27, all general admission tickets will be $27.00. Reserved balcony seats will be $35.00. Doors will open at 7:00pm, and music will begin at 8:00pm.

Through her own Redneck Records label, Gretchen released a new country album entitled Right On Time in April, the 13-song Rock covers record Under The Covers in May, and a new Christmas cd is due out in the fall.

ESPN recently announced Gretchen will be featured in the channel’s telecasts of the 10 races in the Chase for the NASCAR Sprint Cup, which begins with the Sunday, Sept. 15, event at Chicagoland Speedway.  She will narrate and appear in the opening teases of the telecasts of the 10 races, with each episode tailored to the racetrack hosting that week’s event. In addition, her music will be featured through the entire Chase for the NASCAR Sprint Cup on ESPN.