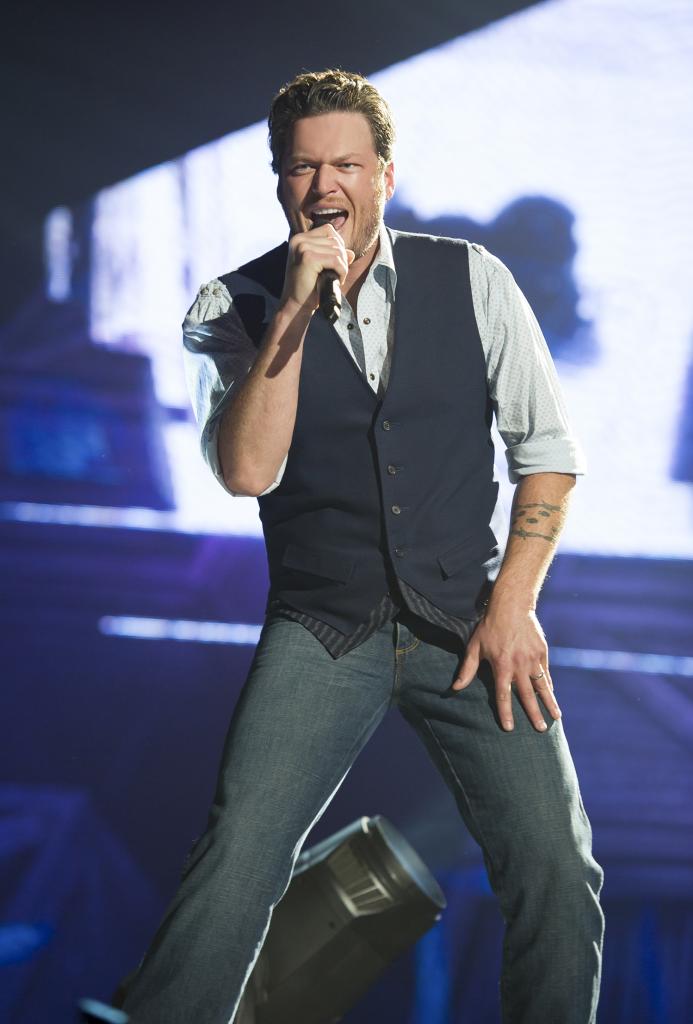 Blake Shelton’s “Ten Times Crazier” tour will be hitting Holmdel, N.J., Hartford, Conn., and Mansfield, Mass. this weekend in what continues to be one of the most talked about tours of the summer. In this week’s Billboard Magazine, Ray Waddell says that Blake is on pace to “finish among the top touring artists for any genre” this year.

Rob Beckham, co-head of William Morris Endeavor of Nashville explains “There’s sellouts and there’s sellouts, but this is a case where there are no tickets to buy. I was with him in Chicago and there were 27,000 paid at First Midwest Amphitheatre, up against Lollapalooza.”

Check out what critics are saying about Shelton’s most recent appearances:

“Thursday at Aaron’s Amphitheatre at Lakewood, Shelton proved himself an immensely likable talent perfectly coupled with the affable hoist–a-whiskey songs that are his specialty.” – Melissa Ruggieri, Access Atlanta

“…Shelton proved to be one of those performers whose songs you may like on the radio, but hearing the live performance makes you love them – and him. He’s got that one of the guys, good ol’ boy persona that reels an audience in and makes you wish you could hang out all day…with him.” – Keli Sipperley, Tampa Bay Observer

“…one of the artists that would influence the direction of country music. Judging from the fact that there wasn’t a blade of grass available to sit on the lawn, let alone in the Pavilion, the fans seem to agree.” – Michael Rampa, High Octane Music News

Blake Shelton is CMA Awards’ reigning Entertainer of the Year and three-peat Male Vocalist of the Year. With nine consecutive No. 1 singles (fourteen overall) Blake is one of the “most versatile of contemporary country singers” (The New York Times). His infectious multi-week No.1 hit, “Honey Bee” still holds the record for the fastest-selling digital Platinum single for a male country solo artist and just off the heels of his No. 1 smash hit “Boys ‘Round Here,” the follow up single “Mine Would Be You” is impacting radio now.

“To A Purist Mr. Shelton is a savvy student of tradition. To A Would-be outlaw he’s forever adding a wink. He’s a star who is only as explicit as you want him to be,” Jon Caramanica, The New York Times. Blake Shelton’s passion for country music and his commitment to mentoring his teammates from The Voice make him an incredible ambassador for country music. July 19 in Virginia Beach, VA, Blake kicked off his “Ten Times Crazier Tour.”