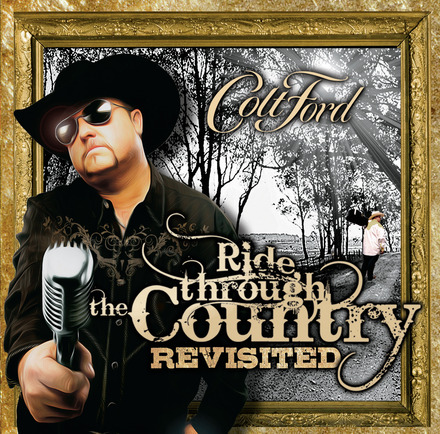 “Ride Through the Country Revisited,” a celebration of country music star, Colt Ford’s, arrival onto the music scene five years ago, will be released October 1, 2013 on Average Joes Entertainment.

Produced by Shannon “Fat Shan” Houchins and Noah Gordon, the new album features both updated and original versions of such hits as “Dirt Road Anthem,” “Ride Through the Country,” “Mr. Goodtime” and “No Trash in My Trailer,” with some very special new guests and music tracks, while remaining true to the first recording.

‘“Ride Through The Country” changed my life forever, and here we are five years later putting a new twist on where it all began,” commented Colt Ford. “I have been blessed to have so many stars that were a part of making the first record, and now I have a group of legends that are a part of this one.”

Hitting the road nationwide this fall in support of the new album, Ford will take the stage in 34 cities on the Florida Georgia Line, “Here’s to the Good Times,” arena tour. Over the past five years, Ford and his band have performed for more than one million fans from coast to coast delivering honest, real music that connects with audiences on every level.