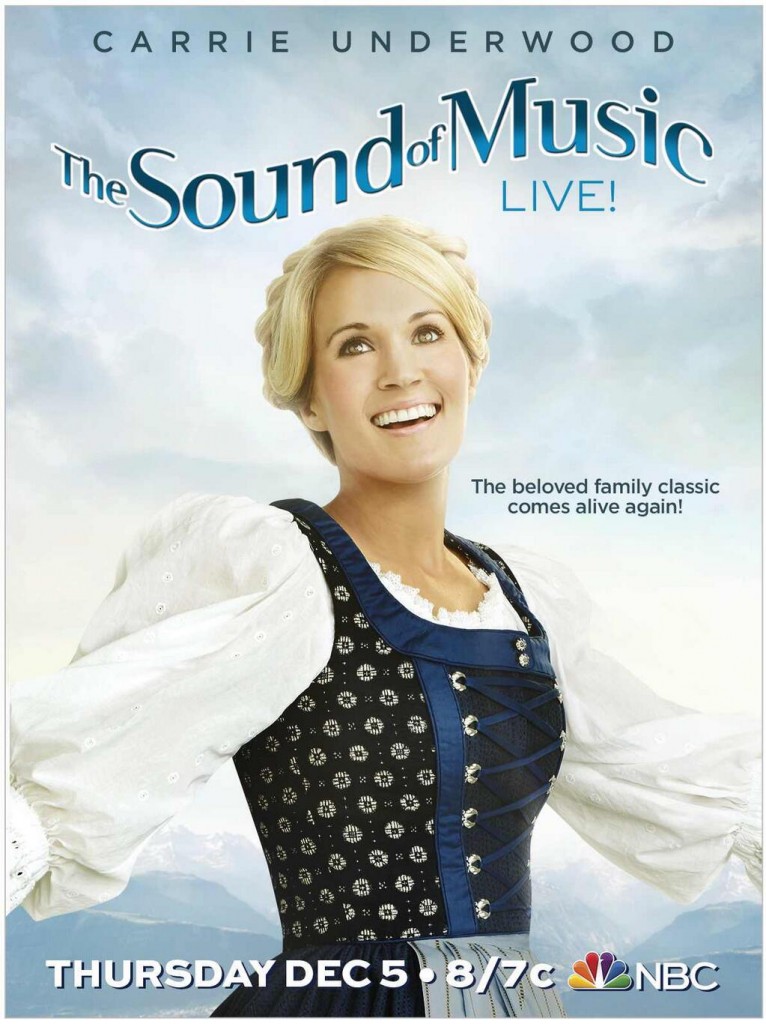 Carrie Underwood’s team shared with fans via social media a first look of the country superstar as “The Sound of Music’s” Maria von Trapp.  Underwood is set to take on the lead role in the upcoming live production of the family classic scheduled to air on December 5 on NBC.

“The Sound of Music” will air as a three-hour live event, and will serve as a great kick-off to the holiday season.  Alongside Underwood, True Blood’s Stephen Moyer is set to play Captain von Trapp.  Additional cast members include Audra McDonald, Laura Benanti and Christian Borle.

Save the date and be prepared to tune-in to  live presentation of “The Sound of Music” on Thursday, December 5 on NBC.