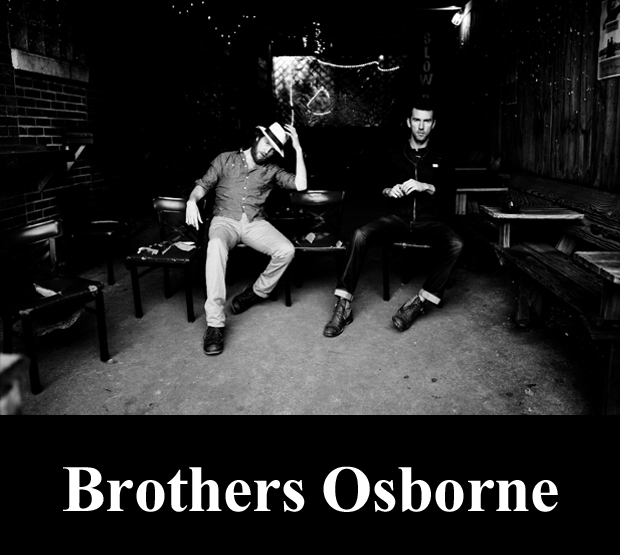 EMI Nashville singer/songwriter duo Brothers Osborne are set to release their debut single “Let’s Go There” today to country radio. Brothers Osborne are a twang-and-crunch duo that blends equal parts country and rock that consist of TJ Osborne on guitar/vocals and John Osborne on guitar. Their sound is aggressive, bold and fragile at times. “Let’s Go There” will appear on the duo’s debut album expected in 2014 and was written by both Brothers and Jon Mabe.

“After years of hard work, no sleep, broken strings, unpaid bills, and more love and support than we probably deserved at times, we couldn’t be prouder to finally release our debut single Let’s Go There,” says John Osborne.

Brothers Osborne were recently listed as one of Paste Magazine’s “Best Of What’s Next” annual list touting “Like a more aggressive post-Americana guitarslinger/singer duo, a got-to-be-real country act, the pair offers the kind of kinetic chemistry that made Chris and Rich Robinson such a flint strikes rock spark in the Black Crowes.”

Fans can catch Brothers Osborne this fall out on tour with MCA Nashville’s David Nail with stops in Columbus, Chicago, New York, Boston and Atlanta to name a few. Full list of dates at bottom of page.

Brothers Osborne are two of five siblings from Deale, Maryland; a water town on the Chesapeake Bay. Getting into music was unavoidable for the two brothers as it was a large part of their family growing up. The family members would sit around playing and writing songs. As the brothers grew older, they formed a band with their dad called Deuce & a Quarter.