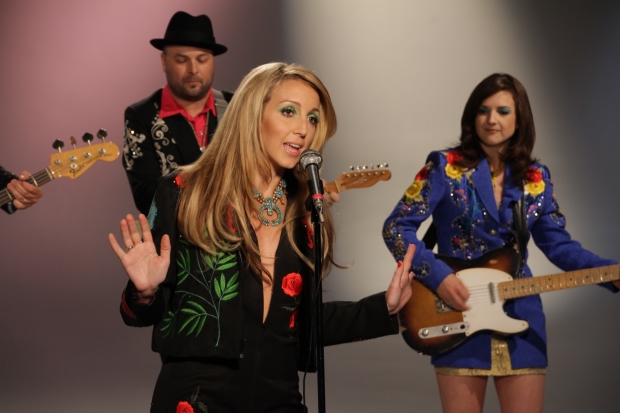 Singer/songwriter Ashley Monroe is set to release her new single and music video for Weed Instead of Roses. The song is from her critically acclaimed album Like A Rose, co-produced by 20-time GRAMMY award-winner Vince Gill and Justin Niebank, and is available NOW at iTunes for $0.69 through the end of the month HERE.

CMT will host the world premiere of the music video for Weed Instead of Roses. Monroe is one of CMTs Women of Country and her video debuts across all CMT platforms. Click here to view.

Award-winning director David McClister shot the music video for Weed Instead of Roses in Nashville. Ashley says, “I loved Davids idea for this video from the moment I read it. It makes me feel like Im watching one of my musical heroes on a television show.”  McClister reflects, “The first time I listened to Weed Instead of Roses, I immediately thought of Gram Parsons and the Flying Burrito Brothers. I also wanted to do something performance-driven that was light and fun and not literal. Most importantly, we were able to locate several vintage video cameras from the era (Ikegamis). Using the cameras from the period gave us a look unlike anything currently on television. I wanted our finished video to feel like an artifact from 1971 – an archival piece of video that had been re-discovered from the vaults of a local TV station.”

Monroe is the only artist to have two albums featured in Rolling Stones Best Albums of 2013: Mid-Year Report with both Like A Rose and Pistol Annies Annie Up. Fans can look forward to Ashleys soon-to-be-released Tiny Desk Concert (date to be announced) on NPR, which she recently taped in Washington, DC.

In October, Monroe will join GRAMMY nominated Atlantic recording artist Hunter Hayes on the CMT On Tour: Hunter Hayes Lets Be Crazy tour, running through the end of the year.  See a list of tour dates HERE.