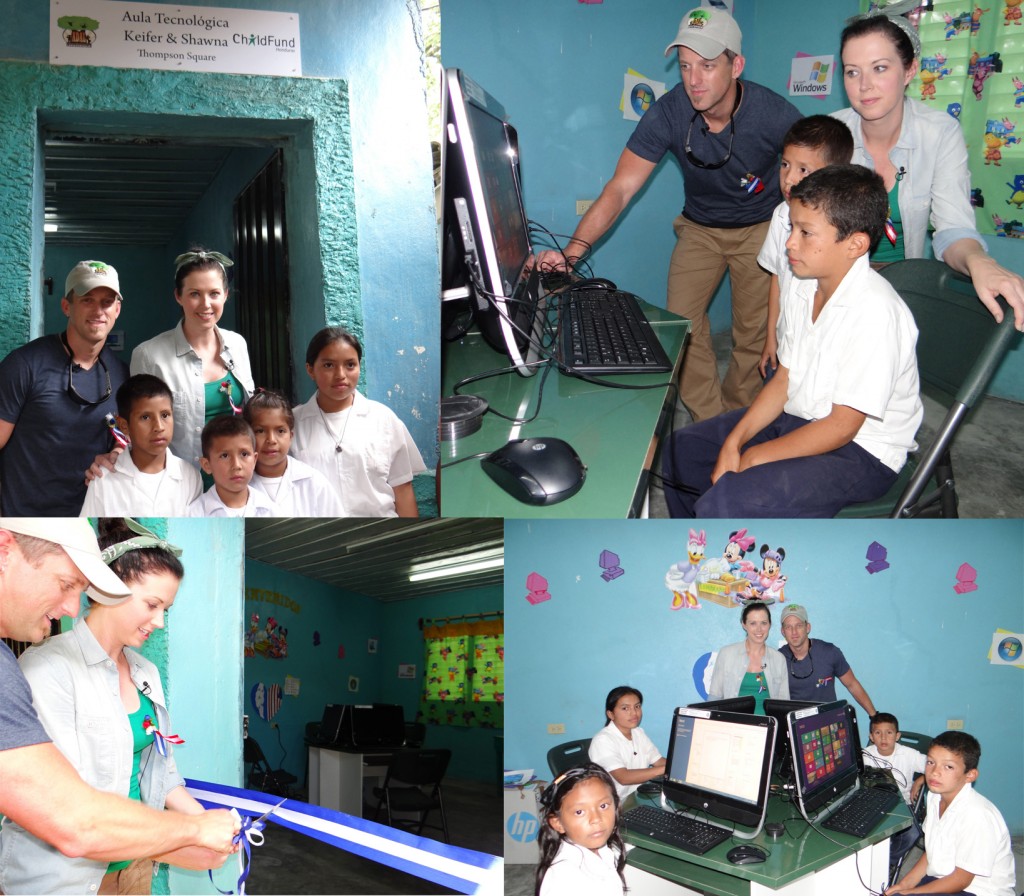 Reigning ACM & CMA “Vocal Duo of the Year” Thompson Square is doing its part to help enrich the lives of children half a world away.

As first reported by People.com this weekend, the husband/wife duo of Keifer and Shawna Thompson recently spent their day off from touring with Luke Bryan’s Dirt Road Diaries Tour to travel to the remote Honduran village of Lepaterique, where they sponsor a little boy named Emerson through ChildFund International. The trip marked the chart-topping duo’s second journey to Lepaterique in less than six months due to a heart-tugging encounter Thompson Square shared with a village schoolchild in January.

“This sweet little boy – he had to be about eight years old – walked up to me while we were touring the village school.  He handed me a note scribbled in pencil and then ran away,” recalls Shawna.  “The note said ‘Can you get my school computers to help me do my homework?’ We were surprised and saddened. Our hearts went out to these kids that deserve the same chance as everyone else. We knew we had to help.”

“The people of Lepaterique are kind and generous and hard workers,” adds Keifer. “We’ve been so fortunate in our career and in our lives. Everyone needs a little help every now and then. We left Lepaterique that day knowing that we had to get these kids and the village school the computers they needed to learn and grow – and to figure out a way to get them down there.”

As soon as they returned to the US, Thompson Square began workingto secure five top-of-the-line HP desktop computers that were generously donated by Office Depot. Next, the duo worked alongside ChildFund International to schedule both Thompson Square and the computers’ safe passage back to Lepaterique.

Upon their return to Lepaterique, Keifer and Shawna Thompson were welcomed by school children, teachers and villagers lined up outside the school.  A dedication ceremony commenced with an official unveiling of the new computer lab, named “Aula Tecnologica Keifer & Shawna” in honor of the duo’s efforts.

“We’ve been blessed to see our name on a lot of marquees and such over the last few years, but none of them hold a candle to see our name on this,” Shawna tearfully told the crowd of villagers at the computer lab’s dedication ceremony.