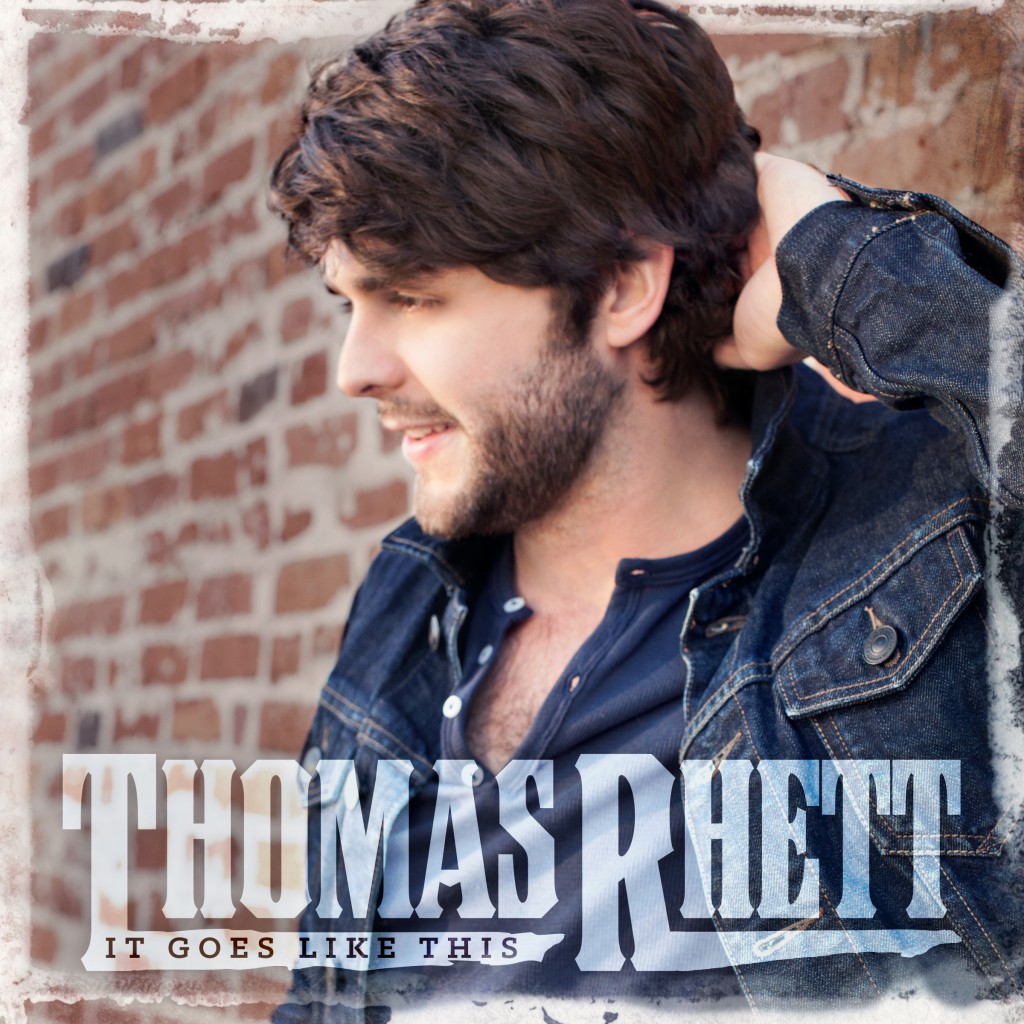 Thomas Rhett announced today that his debut album IT GOES LIKE THIS is set for release October 29 on The Valory Music Co.

The singer/songwriter, who USA Today recently claimed “owns the Country chart,” has been burning up the airwaves this summer with the album’s Top 15-and-rising title track. Nearing sales of 500,000, “It Goes Like This” continues to be the best-selling Country single on the iTunes Country Singles Chart, just behind Luke Bryan. Thomas Rhett will also be headlining a string of album release club shows on street week, hitting top markets Jacksonville (10/31), Atlanta (11/1), Chicago (11/2) And Minneapolis (11/3).

“I’m so pumped to finally be releasing my first album! My music has evolved so much since I started making this record two and a half years ago and it’s representative of all my experiences along the way…the tours I’ve been on and the fans and friends I’ve made at our shows across the country,” said Thomas Rhett. “I’m very lucky that I’ve had the chance to experience so much and thankful for every moment. I just tried to pour it all into the songs we recorded.”

The hot newcomer’s 12-track debut was produced by Jay Joyce, Michael Knox and Luke Laird. The project will feature two Top 15 songs – “Something To Do With My Hands” and “Beer With Jesus,”— that helped Thomas Rhett land a record deal and kickoff his career. During a recent stop at the Iowa State Fair, he previewed“Front Porch Junkies,” which is quickly becoming a fan favorite.

To reveal the album cover, the Georgia native engaged his fans with a unique social media campaign. Utilizing #ThomasRhett across Twitter, Facebook and Instagram, fans “unlocked” video content from his childhood and ultimately — the album cover. Watch the 16-video collection via reveal.thomasrhett.com to get a glimpse into Thomas Rhett’s musical upbringing, including rare images with his dad (and hit songwriter) Rhett Akins.

Rhett will continue playing the new music out on the road with Jason Aldean’s NIGHT TRAIN TOUR through October. For dates and more visit www.thomasrhett.com.