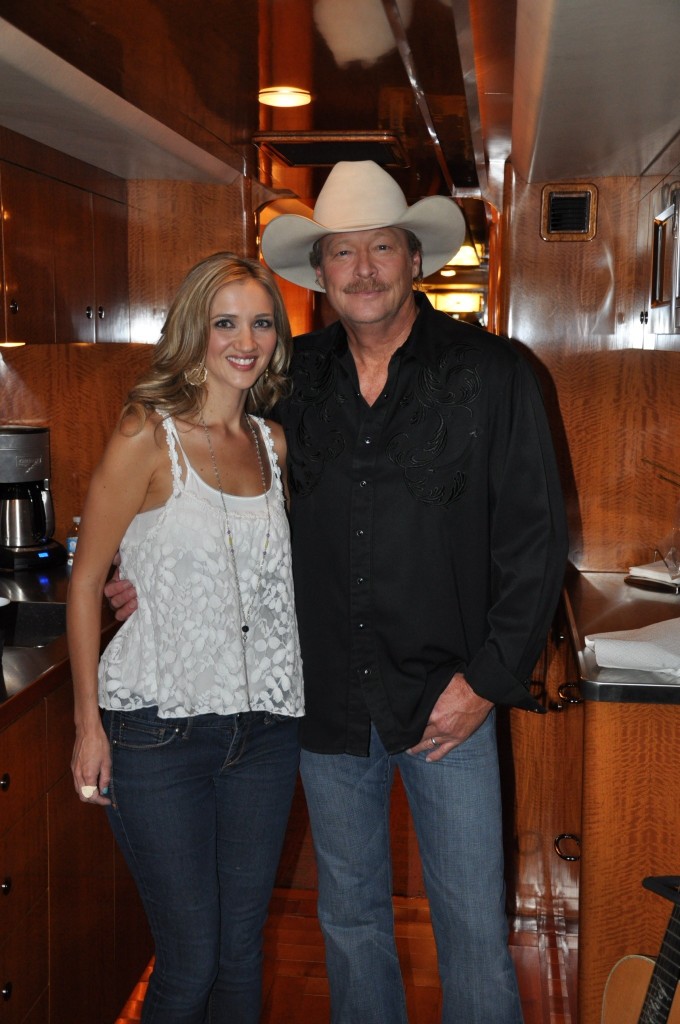 As a waitress at Nashville’s Stoney River Steakhouse® prior to landing her first record deal, Sarah Darling waited on country superstar Alan Jackson, dreaming what it might be like if she could one day share the stage with him. This past weekend, she celebrated that milestone, opening back-to-back shows for Jackson in Boise, Idaho, Salt Lake City, Utah and Arlington, Wash. (August 9, 10, and 11).

Calling the experience “beyond amazing” on Twitter, Darling adds, “I was blessed to have been on tour with one of the most humble and gracious men in the music business this weekend. What an unforgettable experience. Thank you Alan!”

This Saturday, Darling will make her forty-first appearance at the Grand Ole Opry prior to performing as part of Southern Living‘s “Biscuits & Jam” concert series presented by AT&T U-verse at The Woods at Fontanel on Sunday. Then she’ll head to New York City for the national television debut of her latest summertime hit “Little Umbrellas” on FOX & Friends Saturday, August 24.

Darling is featured in the “New To You” section of the August issue of Maverick magazine where her music is called, “Honest, emotional and just the way music should be,” by Editor Alan Cackett who adds, “This girl can definitely sing!”

Last Friday, fans were treated to a LIVE Google Hangout with Darling, hosted by SheKnows.com, where she answered fan questions submitted via Twitter. One fan asked, “If you could do a duet with anyone who would it be?” Sarah responded saying her dream duet partners are Stevie Nicks, Michael Bublé, Blake Shelton and Jake Owen, and adds if she weren’t a singer, she would be a pastry chef. Watch the full interview HERE.

Darling experienced success earlier this year with the release of her latest E.P., Home To Me (in stores now). The disc features the title track, Darling’s first Top 35 Country Billboard sales single that spawned appearances on TBS’ CONAN, ABC’s The Bachelor and more. Her latest single release, “Little Umbrellas” (now available on iTunes) is Top 20 on Sirius XM‘s “The Highway” and earning increased spins each week on country radio stations nationwide.