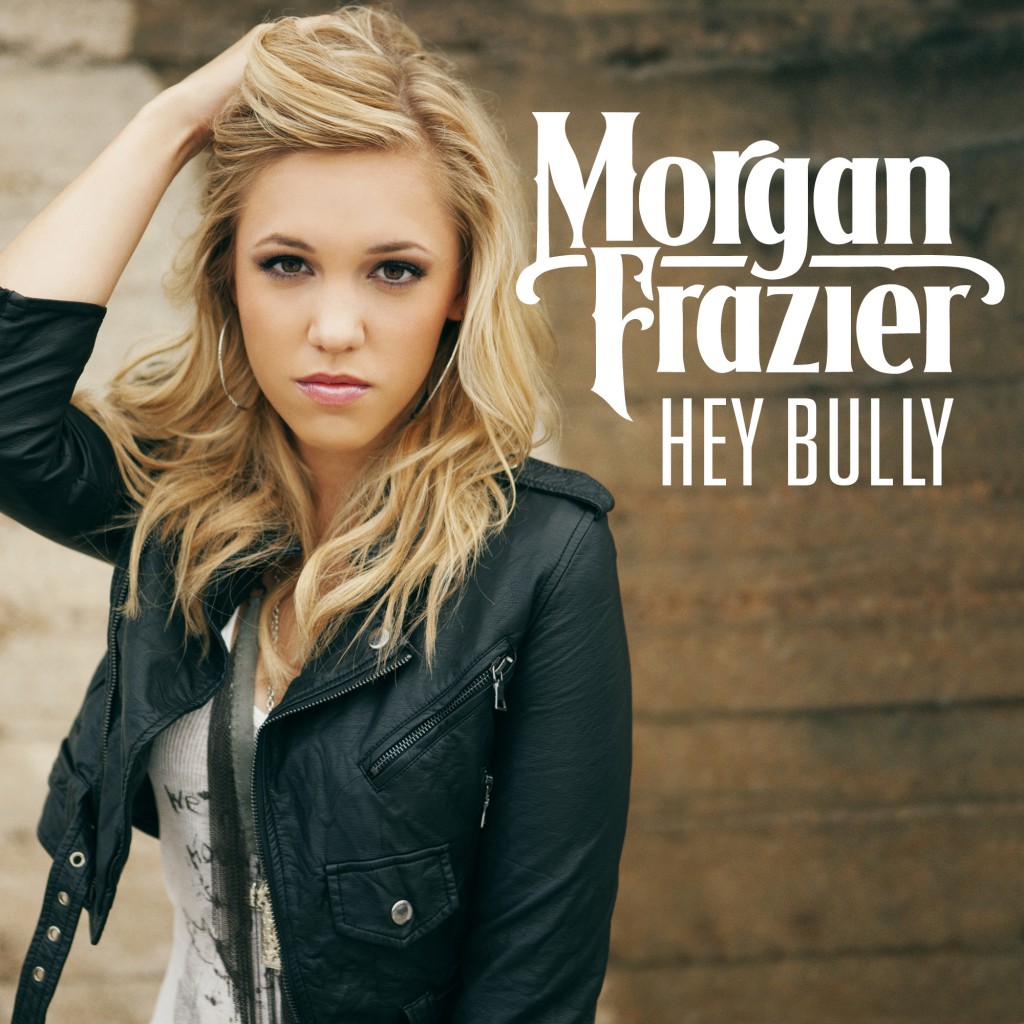 Sidewalk/Curb Recording artist, Morgan Frazier has partnered with Stand for the Silent (SFTS) to bring global awareness to the disturbing issue of bullying in today’s society. SFTS was started after Kirk and Laura Smalley’s son Ty committed suicide in May of 2010 following a school suspension for defending himself against a bully.  Ty was taunted for years at his Oklahoma middle school, and this was the first time he fought back.  He was only 11 years old.

In their pledge to never stop the fight against school bullying, Kirk and Laura conduct Stand for the Silent presentations at middle and high schools all across the world. Morgan Frazier will be joining select dates on the school tour where she will perform her brand new single, “Hey Bully”.

Morgan co-wrote the song with Sherrie Austin and Tiffany Goss when a writing session turned to talk of a video Goss had seen recently about Karen Klein, the school bus driver who was bullied in the back of a bus that eventually generated worldwide attention.  Dialogue on the heartbreaking topic began and stories were shared, including Morgan’s own experience that led her parents to remove her from school entirely. After a few short hours, “Hey Bully” was completed.

“I’ve already been touched by the power of this song from messages I’ve received from kids who have experienced bullying firsthand.  I look forward to working with Stand For The Silent to bring an end to this issue,” says Morgan.

“I’ve never experienced so many tears and so much divine inspiration during one writing appointment. Four hours and about a million goose bumps later we had our song”, says Sherrie Austin.  The songwriter’s intentions showcase as much compassion for the “bully” as it does the “bullied” as the lyric poignantly reflects:

DID SOMEBODY HURT YOU, MAKE YOU FEEL SMALL
YOU TAKE IT OUT ON ME ‘CA– USE IT MAKES YOU FEEL TALL
I BET YOU’RE SCARED AND ALONE
IF YOU LOOKED IN MY EYES YOU’D SEE
HEY BULLY, YOU’RE A LOT LIKE ME

WHY, WHY YOU WANNA MAKE ME CRY
YOU DON’T EVEN KNOW WHO I AM
IF YOU GAVE ME HALF A CHANCE
WE JUST MIGHT HAVE BEEN FRIENDS, HEY BULLY

According to Stand For The Silent, the statistics on bullying are alarming:
•Every 7 seconds a child is bullied in this world
•160,000 kids stay home from school every day due to fear of bullying
•25% of high school students in America will actually have a plan to take their own life before they graduate

Kids and adults alike can take the SFTS pledge to stop bullying at www.standforthesilent.org