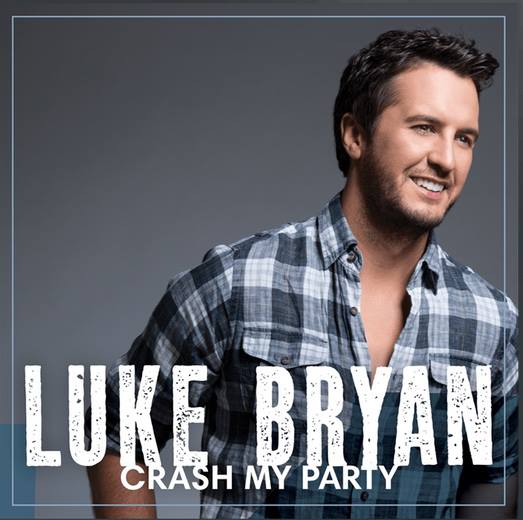 Luke Bryan’s Crash My Party has crashed the top of both the Billboard 200 and country album charts this week. The new album, featuring the three-week No. 1 title track and his latest smash “That’s My Kind of Night,” sold 527,783 copies since its release (with an additional 586 copies before it hit stores), making it the biggest sales debut for a country male artist since Tim McGraw’s Live Like You Were Dying in 2004.

It is also the third highest album to debut across all genres this year behind Justin Timberlake’s The 20/20 Experience and Jay Z’s Magna Carta…Holy Grail. Additionally, Luke is one of only two country artists — the other being Taylor Swift — that have sold more than a half-million copies of an album in a single week since 2008. This is Bryan’s second consecutive Top 200 #1 album.

“I’ve never been this excited about an album that I have put out, and the response I have gotten is really humbling and mind-blowing to me,” Luke says. “I am lucky to have some of the best fans in the world, and I am happy to see them enjoying this album as much as I do. I’m just so thankful for my fans and for Country radio for the amazing support.”

Crash My Party is the reigning ACM Entertainer of the Year’s fourth studio album, which follows his double-platinum 2011 album, tailgates and tanlines. It’s the second No. 1 bow, following the compilation, Spring Break…Here to Party.

Luke’s tailgates and tanlines album also had a 71% increase in sales, as well, which puts it at No. 4 on the country album charts.

Luke is currently selling out dates on his Dirt Road Diaries Tour, which makes a stop in Bethel, New York Friday (August 23rd).