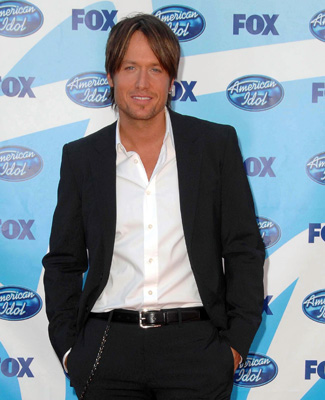 Keith Urban will be returning for Season 13 of American Idol. Fox entertainment chief Kevin Reilly confirmed that Keith will return for the new season of the singing competition at a Television Critics Association session in Beverly Hills last week. “Keith did a great job last year. The fans really liked him. Keith’s a really funny guy,” Reilly said. “You could see how much he loved the show.”

Keith, who tweeted “Thrilled to be back on @AmericanIdol with my pal @RyanSeacrest and dying to know who the other judges will be!!!” Season 12 judges Randy Jackson, Mariah Carey and Nicki Minaj all left the show, and Season 10 and 11 judge Jennifer Lopez may join Keith and return to the panel.

Keith says some of the advice he gave to contestants was something he had to overcome early on and may have helped with his new album, Fuse, due September 10th. “I probably became more aware of the advice that I was giving and hearing why am I giving that advice,” says Keith.  “Most of the time it was because I needed to hear that myself, or it was something I had to learn the hard way as well.”

Keith is currently making his way up the country charts with his single, “Little Bit of Everything.”