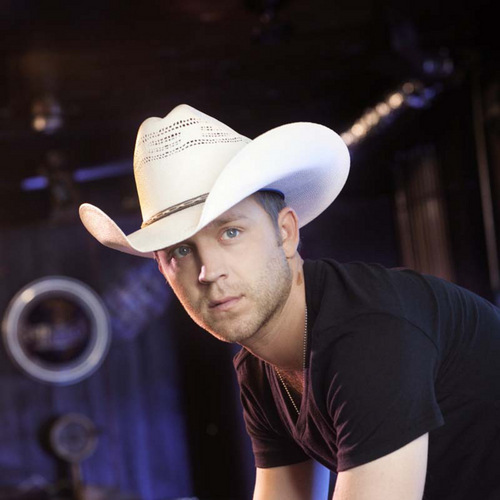 Arkansas native and hit singer/songwriter Justin Moore will perform a free public concert on Friday Sept. 13 at the University of Arkansas, beginning at 7 p.m.

Held in parking lot 56 on campus, the special event is sponsored by Razorback Athletics and will be a part of Family Weekend, which amps up the excitement for the Arkansas’ home football game against Southern Mississippi at Donald W. Reynolds Razorback Stadium on Saturday, Sept. 14. Justin will attend the game as a special guest of the University of Arkansas, cheering on his favorite team … the Razorbacks!

“I’m thrilled to marry two things that I love together, Country music and the Arkansas Razorbacks,” Justin said.  “There is no better place for me to play on a Friday night than my home state of  Arkansas  and no better place to be on a Saturday than up on the hill. “The fact that we can do both at the same time, is very cool.  Not to mention, it coincides with the album coming out. Can’t wait to call the Hogs!”

“We are pleased to help kick off the University of Arkansas’ Family Weekend with a free concert by Arkansan Justin Moore,” Vice Chancellor and Director of Athletics Jeff Long said. “We appreciate Justin coming to be a part of this special weekend that brings families together for a variety of activities throughout campus. The concert will also be an opportunity for country music fans to get exclusive content from Justin. We hope fans will take advantage of this opportunity to return to campus and enjoy some great music the night before we take on Southern Mississippi.”

Justin, who was raised in Poyen and currently resides in Little Rock, will perform songs from his first two GOLD-certified albums, JUSTIN MOORE and OUTLAWS LIKE ME, which debuted at #1 on the Billboard Country Albums chart. The projects include three #1 hits – “Small Town USA,” “If Heaven Wasn’t So Far Away” and “Til’ My Last Day” – many of which he co-wrote from experiences in Arkansas. He will also debut new music from his upcoming album OFF THE BEATEN PATH, including his latest Top 10 “Point At You,” slated for release on 9/17. Justin will also stick around after Friday night’s concert to sign autographs and pose for pictures with fans.

Throughout his career, Justin has sold nearly five million digital downloads and his music has been featured on the ABC hit drama “NASHVILLE,” Hannity & Colmes and NFL Rewind. Justin has been profiled by publications from The Washington Post and People Country to Billboard and USA Today. While he has toured with Rascal Flatts, Blake Shelton, Eric Church, Brad Paisley and Miranda Lambert, Justin will kick-off headline dates this November with the OFF THE BEATEN PATH TOUR.  For tour dates and more, visit www.moorejustinmusic.com.

Tickets for the Arkansas vs. Southern Mississippi football game on Saturday, Sept. 14, at Donald W. Reynolds Razorback Stadium are available online at ArkansasRazorbacks.com or by contacting the Razorback Ticket Office at 1-800-982-HOGS (4647). Kickoff for the game is set for 11:21 a.m.