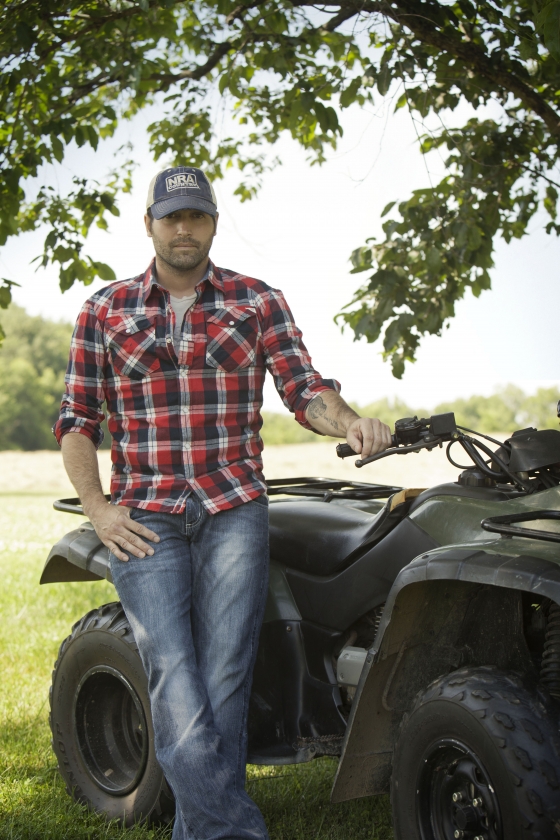 Country music star Josh Thompson will join NRA Country for an exclusive, free online concert on August 26 to benefit the National Environmental Education Foundation– http://neefusa.org. All artist proceeds from the StageIt tip jar will be donated to the charity, “the nation’s leading organization in lifelong environmental learning.”

Thompson will perform some of his biggest hits, including his new single “Cold Beer With Your Name On It,” and take part in a live Q&A session. Click HERE to reserve your ticket for Josh’s exclusive concert on August 26 at 8:00 PM eastern time.   The top three tippers at the show will not only be helping a great cause, but will also receive a Josh Thompson/NRA Country merchandise prize pack. The overall top tipper will also receive 2 tickets exclusive meet and greet passes to a future live show of their choice.

“My love for the outdoors started as a kid, and it plays a big role in my life still.  I think it’s important to get kids interested in the environment, especially now when it’s so easy to spend hours playing on a phone or computer all day,” says Thompson.  “Allowing me to champion this cause is just another reason I value my partnership with NRA Country.”

Josh Thompson and NRA Country will continue to team up at his live shows by offering fans the opportunity to win an exclusive VIP experience and the chance to hang with Josh on his tour bus at each show. Sign-ups for this one-of-a-kind experience will be located at Josh’s merchandise booth at each stop along the tour. Added to Josh’s merchandise selection will be a limited-edition Josh Thompson/NRA Country hat to celebrate their shared love of the great outdoors and the country lifestyle. Follow Josh Thompson and NRA Country on Facebook to learn more about his concert tour dates, VIP experience and exclusive video updates from the road.

Thompson recently released “Cold Beer With Your Name On It” as the lead single from his second studio album, and first on Show Dog Records, due out later this year.