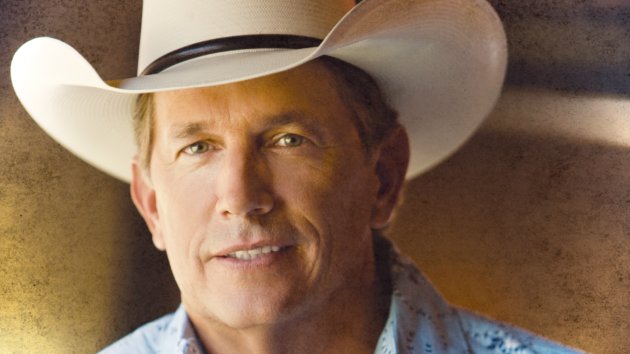 The American Society of Composers, Authors and Publishers (ASCAP) will honor the “King of Country Music,” George Strait, with the ASCAP Founders Award at the 51st annual ASCAP Country Music Awards, to be held on Monday, November 4th, 2013 at the newly opened Music City Center in downtown Nashville. The invitation-only, black-tie gala will also honor the songwriters and publishers of ASCAP’s most performed country songs from April 1st, 2012 through March 31st, 2013.

The ASCAP Founders Award is the most prestigious honor that ASCAP presents to songwriters and composers who have made pioneering contributions to music by inspiring and influencing their fellow music creators. Each recipient is a musical innovator who possesses a unique style of creative genius that will enrich generations to come. Past recipients include Garth Brooks, Alan Jackson, Emmylou Harris, Billy Joel, Paul McCartney, Carly Simon, Rod Stewart, James Taylor, Steven Tyler & Joe Perry, Stevie Wonder and more.

“George Strait is a living legend whose revitalization of classic country music defined a generation of country singers and continues to inspire songwriters today,” said ASCAP President and Chairman Paul Williams. “He has topped the charts more often than any country artist in history, captivating millions while remaining true to his style and love of tradition. ‘King’ George is a genuine musical pioneer whose influence on country music is immeasurable, and we are honored to recognize his extraordinary career with the ASCAP Founders Award.”

Of all the new country music stars to emerge in the early 1980s, George Strait remained truest to the classic country sound. Drawing from traditional honky-tonk and Western swing, Strait modernized the old styles for a new decade and in the process became one of the most popular and influential singers of our time. His signature sound spurred a wave of neo-traditionalist singers from Randy Travis and Dwight Yoakam to Clint Black, Garth Brooks and Alan Jackson.

Strait was born and raised in Texas and began playing music as a teenager, joining a rock n’ roll garage band. After high school, Strait enlisted in the Army, and two years later, while stationed in Hawaii, he began playing with an Army-sponsored band called Rambling Country. Strait left the Army in 1975, returning to Texas to enroll in college, and soon formed his own band, Ace in the Hole. The band made a few records for the independent Dallas-based label D in the late 1970s, with little success, until 1979, when Strait met Erv Woolsey, a Texas club owner who had formerly worked for MCA Records. Woolsey had several MCA executives come down to Texas in 1980 to hear Strait sing, and his performance convinced the company to sign him.

In more than 30 years of recording, all of which have been spent with MCA Records, Strait has earned an incredible 60 #1 songs across all country music charts and has had more #1 hits than any other country artist in history. Additionally, Strait is the first artist in the history of Billboard magazine to have had at least one #1 single enter the Top 10 of a Billboard chart for 30 consecutive years, starting in 1981 when his debut single, “Unwound,” peaked at #6.

Throughout his career, Strait has received more than 60 major entertainment industry awards and countless nominations. With 81 nods, he is the most-nominated artist in Country Music Association Awards history, earning the CMA Male Vocalist of the Year award five times to become the only artist to be so honored in two different decades. Additionally, Strait has sold more than 68.5 million albums in the United States across a career-spanning 40 gold, platinum and multi-platinum studio recordings, to become the second highest-selling country music artist in RIAA history.

The 51st annual ASCAP Country Music Awards will also include the announcements of the ASCAP Country Songwriter of the Year, Song of the Year and Publisher of the Year. The evening will feature live performances of the top five most performed songs of 2012 by the award-winning songwriters and the artists who recorded them. Special awards will be given out to recognize the leaders and legends of Nashville’s songwriting community.

George is climbing the charts with his latest single, “I Believe.”