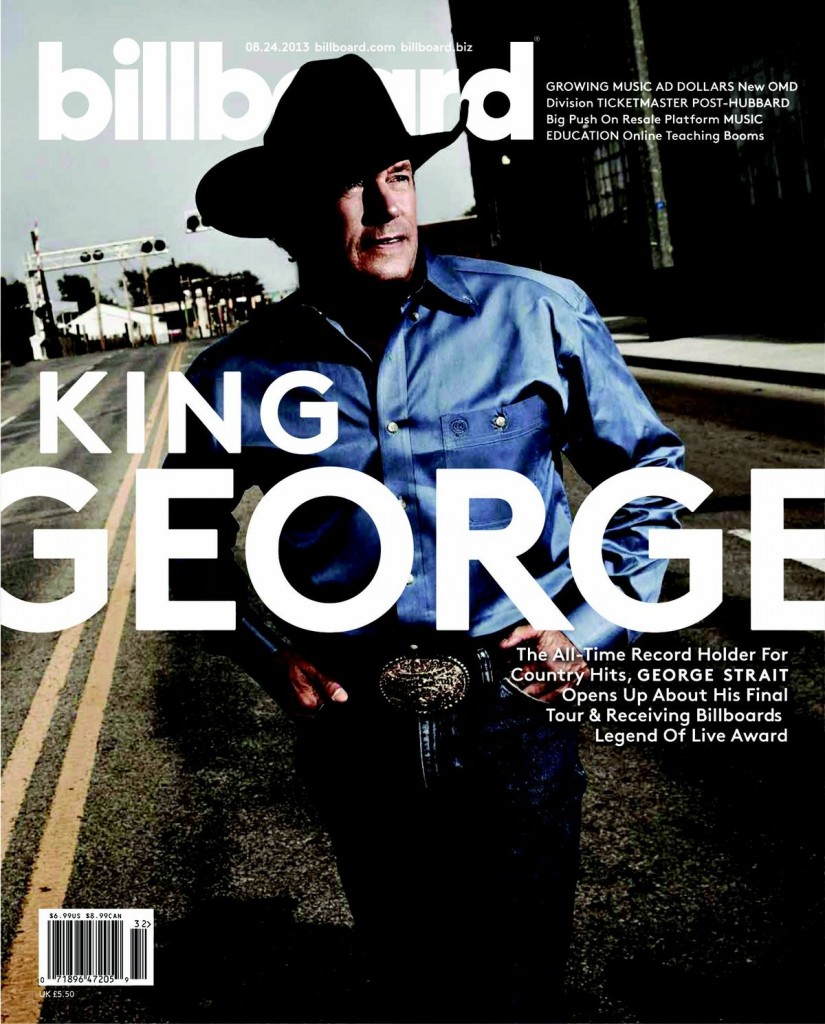 George Strait has always pushed the envelope in his illustrious 30-plus year career and as he prepares to embark on the final leg of his record-breaking U.S. tour, The Cowboy Rides Away Tour, and celebrates his 60th No. 1 single, he is continuing to expand on that foundation.

In November, Billboard Magazine will honor him with their Legend of Live Award at the Billboard Touring Awards in New York City making him the first-ever country music singer to receive the award.

The Legend of Live Award is Billboard’s highest accolade, honoring individuals or bands who have made significant and lasting contributions to live music and the touring business.  Previous honorees include Neil Diamond, Sir Elton John, The Allman Brothers, Journey and Rush among others.

Sharing his excitement with Billboard, Strait says, “There’s nothing more rewarding than performing in front of a sold out, pumped-up, loud crowd.  That’s what keeps us coming back. I love it.”

In celebration, this week’s edition of Billboard is the largest ever spotlight issue with a 60-plus page cover story (hitting stands today; Aug. 24 issue date).  The feature offers a rare interview with Strait who talks about his career from his early days in Texas honky-tonks to the upcoming final shows of The Cowboy Rides Away Tour.  The tribute includes in-depth stories on Strait’s record-setting success as a recording artist and touring performer with comments from his label, manager, promoter, producer, one of his key songwriters and more.  The issue also features exclusive recaps of Strait’s achievements on the Hot Country Songs chart and the Billboard Boxscore touring chart as well as favorite Strait memories from a host of Nashville stars.

Tour dates for the 2014 leg of The Cowboy Rides Away Tour are expected to be announced this fall.