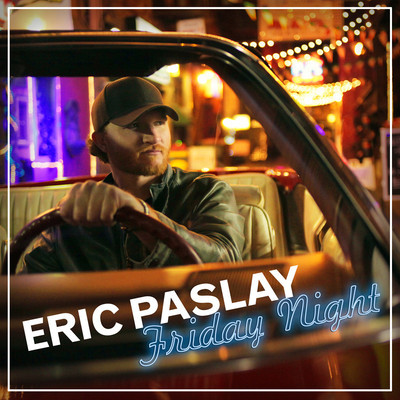 EMI Records Nashville’s Eric Paslay (pass-lay) released his first music video today for his hit single “Friday Night”. The fun, playful video about a Friday night out on the town was shot in downtown Nashville and features a cameo by Big Kenny of Big & Rich. Directed by Mason Dixon, it can be viewed here.

“Filming my first video was a whirlwind of awesomeness!” explains Eric. “I got to share the camera with not only members of my band but also Mr. Big Kenny himself! It truly felt like a “Friday Night” as we started filming in downtown Nashville at 8:30pm and ended around 3:30am. There’s nothing like cruisin’ through the neon lights in a sweet 1974 Cadillac candy apple rag top convertible with your friends. I hope everyone that sees this video feels the same excitement we felt while making it!”

Paslay, who co-wrote “Friday Night” with Rose Falcon and Rob Crosby, has had recent success as a songwriter, co-writing three No. one singles. “Friday Night” has had eleven weeks of consecutive sales growth and is currently available for digital purchase here.