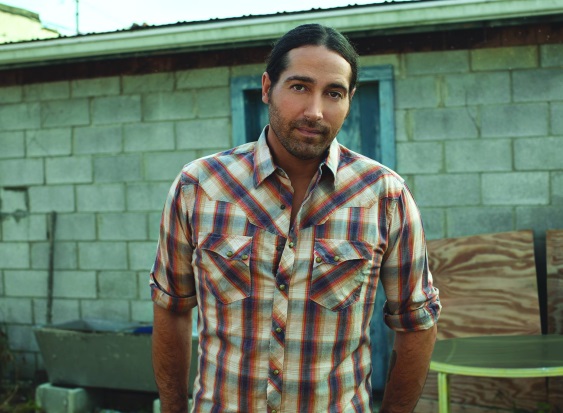 Josh Thompson recently released his brand new single “Cold Beer With Your Name On It,” and it is set to impact country radio on August 12.  The new single, written by Brent Anderson and Clint Daniels, serves as the debut release from his forthcoming sophomore album.

We recently caught up with Thompson and talked about his brand new single. “It’s the first outside song that I cut. It’s the only outside song on this second record” Josh shared.  “It came from a friend of mine in the business who works in publishing.  We trade songs every once in a while and she sent me this song. It was just a work tape. It wasn’t demoed, there wasn’t any instruments besides the guitar and vocals. I heard it and really thought it was a hit. I passed it around in the camp and they felt the same as me. We decided to take it into the studio and at least try to work it up and see how it felt. We did and it was one of those things that felt even better. Turns out, this is the first single off the second record.”

Josh has been introducing the new single in his live shows.  As of July 23rd, fans have been able to pick up a digital copy of “Cold Beer With Your Name On It.”  The early excitement of the new single has led to country radio stations already spinning the song.  “It’s been awesome” Josh says. “This is literally one of my favorite times when it comes to releasing a new single. To watch the reaction that stations get from playing it, and then slowly watching the fans sing it and learn it and know it during the live shows.  To watch that whole progression and to watch it grow, that’s my favorite part. I love it.”

Thompson is in the process of recording his sophomore album with his new label home, Show Dog-Universal Music. “We moved over to Show Dog-Universal.  Mark Wright, Cliff Audretch and I have teamed up on it to produce it, and to pick the theme of the record and the songs.” Thompson continues, “It’s been great. The musicians and the places that we recorded, like the old RCA building, there is so much history in it and it just sounds so good. It’s been a very exciting and very easy process so far.”

In addition to releasing his new single and working on his forthcoming album, Josh is gearing up to hit the road with Justin Moore and Randy Houser on the Off The Beaten Path Tour.  “I’m a big fan and friend of both of those guys. Houser and I have known each other since literally the day I moved to town.  I’ve always been a fan and  I think that the camaraderie has been great.”  When we asked Josh what he is looking forward to most about the tour with Moore and Houser he shared, “I’m looking forward to the lineup and I’m really looking forward to the hang. On a lot of tours, artists don’t even see each other. But this one I feel like is going to be a lot of us hanging out together.” Laughing, Josh added, “There may be some cold beers, I don’t know.”

Thompson has been on the go non-stop this year.  When he gets a bit of time off, what does he like to do??? “I like to sleep!!”  In addition to sleep, when Josh has a few days off he shared, “There are a couple of things that I run to if I’ve got some time off. One is go home to Wisconsin and see my family. Another is anything outside. Whether is it hunting or fishing, or camping or canoeing.  Anything that is a break from the norm where I can get out of cell phone range and just kind of relax.”

Music is consistently evolving, especially country music.  When we asked Josh what he thinks sets country music apart, he shared, “I think what sets country music apart is what always set it apart. It’s very defined lyrically. There’s a story.  It starts somewhere, and ends somewhere. It really centers around real life. There’s a lot of love, a lot of heartache, a lot of good times.  You can listen to a lot of other genres’ music and the songs they feel good and feel great, but a lot times you will hear lyrics that you can’t really make sense of.  Country Music is not that way. It’s very sense driven as far as lyrics go.  I think lyrics have always been, and hopefully always will be, a focal point of country music.”

Josh Thompson’s brand new single “Cold Beer With Your Name On It” is available now! Be sure to pick up a copy by clicking HERE, and start requesting at your local country radio station.