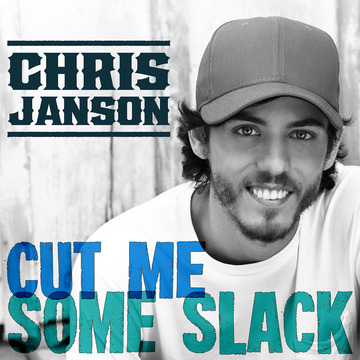 Country music newcomer Chris Janson is heating up the music scene today (8/14) with the premiere of his brand new single “Cut Me Some Slack” on SiriusXM’s The Highway. The catchy song is now available at all digital retailers and will hit Country radio stations nationwide next week.

“Cut Me Some Slack” is the follow up to the dynamic multi-instrumentalist’s Top 40 hit “Better I Don’t.” Both songs will be featured on his self-titled EP produced by Keith Stegall and slated for release on 9/3 via Bigger Picture Group.

Currently, Janson is on the road visiting radio and playing shows nationwide in support of the new single. Tonight (8/14), he will take the stage at WSIX Nashville’s annual Guitar-B-Que event at Losers Bar & Grill.

Since releasing “Better I Don’t,” Janson has been gaining nationwide buzz from media and fans alike. Most recently, he garnered great ink with features in Nashville Lifestyle’s “The Hot List” issue and Billboard’s “The Next Wave in Country Rock.” With undeniable charisma, he brings a blue-collar, working-class, boot-stomping hillbilly redneck attitude to bear on every live performance, earning him opening slots for music legends Merle Haggard and Hank Williams Jr. as well as regular appearances on the Grand Ole Opry.

The talented songwriter co-wrote Tim McGraw’s fastest rising single of his career with “Truck Yeah” and the title track for Justin Moore’s forthcoming new album OFF THE BEATEN PATH. He began writing at just 18 with an impressive group of musicians from the likes of Guns N’ Roses to Bill Anderson. The Perryville, Missouri, native first broke onto the Nashville music scene when he landed a year long, four show a day gig at Tootsie’s Orchid Lounge on Nashville’s Lower Broadway.

“Cut Me Some Slack” is now available at iTunes by clicking HERE.