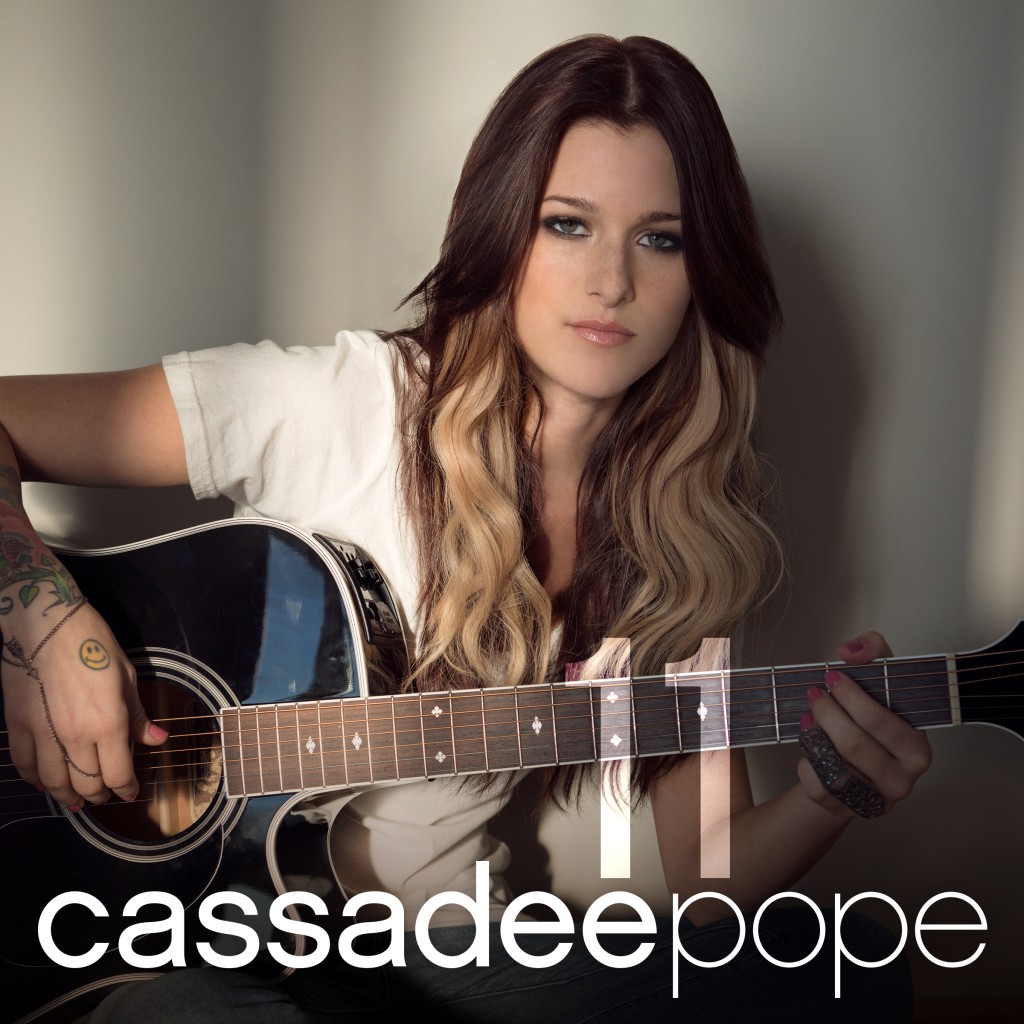 Cassadee Pope is opening up about her parents’ divorce in “11,” a new song available today on iTunes, from her upcoming debut Country album FRAME BY FRAME. While the full project on Republic Nashville won’t be released until October 8, the dynamic songstress is offering up a preview of the new music and a very personal look into her life now.

“As a kid, when you go through something like your parents’ divorce, weird things go through your mind and you have no control. ’11’ has me opening up probably more than I’ve ever done before,” explains Cassadee, who gave Instagram followers a sneak peek over the weekend.

A recent Rolling Stone feature delves further into Cassadee’s journey and new music, including “11” and the previously released “You Hear A Song.” Produced by Dann Huff – with Nathan Chapman, Max Martin and Shellback contributing – more from the 11-song project will be available in the coming weeks.

Cassadee will perform the album’s lead single, “Wasting All These Tears,” tomorrow night (8/28) on America’s Got Talent results show, beginning at 9:00P ET on NBC. The song has already catapulted to the #1 spot on the iTunes Top Country Songs chart and sold over 250,000 downloads. One Direction will also appear on the live telecast.

The talented singer/songwriter will share an inside look at life since winning The Voice in a yet-to-be-titled CMT docu-series, premiering10/4 at 9P ET/8P CT.

Currently, Cassadee is opening for Rascal Flatts’ LIVE & LOUD Tour, is featured as one of CMT’s Next Women Of Country and graces NASHVILLE LIFESTYLES’ August (“HOT LIST”) cover.