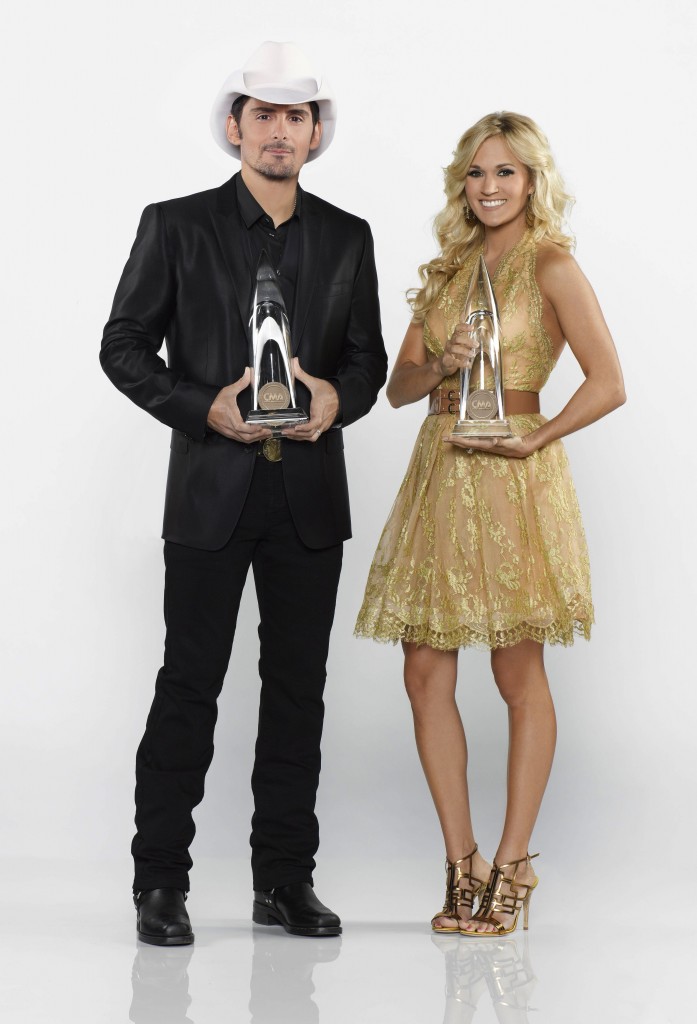 Country superstars Brad Paisley and Carrie Underwood will be returning to host “Country Music’s Biggest Night™” for the sixth consecutive time in 2013. “The 47th Annual CMA Awards” airs live from the Bridgestone Arena in Nashville on Wednesday, Nov. 6 (8:00-11:00 PM/ET) on the ABC Television Network.

The popular hosts used “CMA Music Festival: Country’s Night to Rock” to make the announcement when the concert special aired tonight on ABC.

“Carrie and Brad are the consummate hosts,” said Ed Hardy, President of the CMA Board of Directors. “They have the respect of our industry, artistic credibility, critical acclaim, and a quick-witted, genuine rapport that makes them popular with our audience and the viewers at home. We are delighted to have them back as hosts for the sixth year.”

Ticket information for the CMA Awards will be announced later this summer with information available at CMAawards.com. Or follow the conversation on Twitter at #CMAawards.