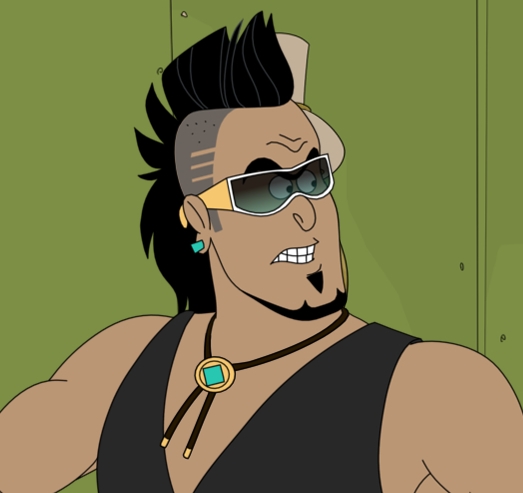 Blake Shelton will be making a guest appearance on CMT’s first animated comedy series, BOUNTY HUNTERS, on Saturday, August 17 at 10:30 p.m. ET/PT.  The upcoming episode features the voice of Shelton as the character of Buck Masters.

Episode Description: Frustrated with Jeff’s penny-pinching ways, Larry leaves Barton Bounty Hunters for a job with their arch-rival, showboating bounty hunter Buck Masters (Blake Shelton). Larry imagined he’d be firing rocket launchers and rappelling from helicopters at his new job, but in reality he’s a glorified water boy. When Larry catches a prized fugitive, he must choose between handing him over to his new boss Buck Masters or his old friends at Barton Bounty Hunters.

BOUNTY HUNTERS stars Jeff Foxworthy, Bill Engvall and Larry the Cable Guy as they track down fugitives for their own two-bit bounty hunting business. The team will do their best to chase down fugitives while trying to please the tough-as-nails bondswoman who throws them cases, voiced by Lisa Lampanelli.