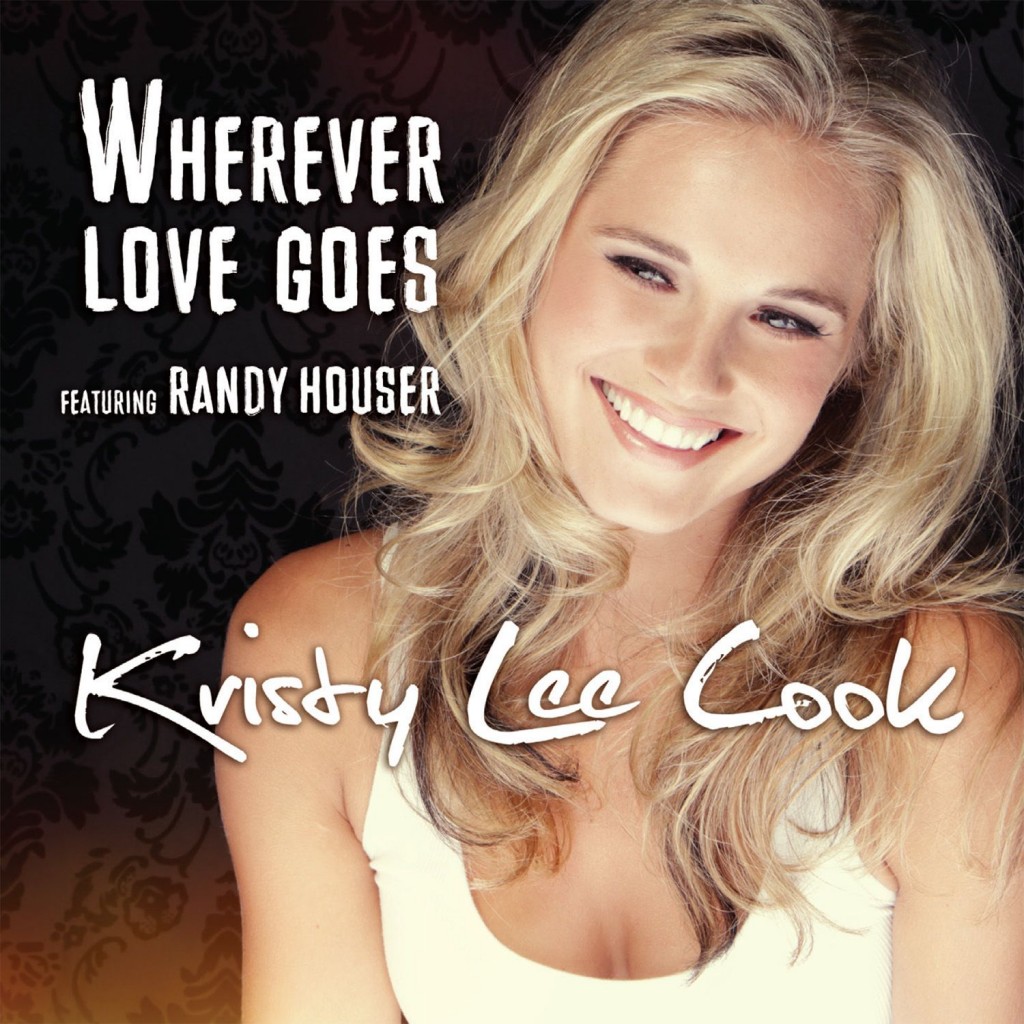 The soaring and powerful “Wherever Love Goes” was co-written by Nashville songwriting heavyweights Paul Jenkins, Jason Sellers and Neil Thrasher and was produced by Derek George and Mickey Jack Cones.

“Wherever Love Goes” showcases the commanding, yet tender vocals that put Cook on the pop culture map while competing during Season 7 of American Idol.  The single is a heart-wrenching vocal boxing match between two of Country music’s most powerful voices.

The newly recorded version of “Wherever Love Goes” (the original appears on Houser’s current album, How Country Feels) is on station desks now and officially impacts Country Radio on August 12th.

“[In the studio] We made it more ‘my song’ so we re-recorded the verses and switched them around,” Cook tells The Hollywood Reporter. “Randy is such an amazing singer — he can sing circles around most men in Nashville. . .I’m so thankful to be able to have this song as my single.”

Kristy Lee Cook first gained fame as a Top 10 finalist on Season 7 of FOX’s American Idol.  Since Idol, Cook has continued to stay in the spotlight by hosting her own television program on The Outdoor Channel titled “Outdoors 10 Best,” starring in the Versus reality series, “Goin’ Country” and her most recent hit “Airborne Ranger Infantry.”

Influenced at a young age by such vocal powerhouses as Whitney Houston, Shania Twain and Garth Brooks, the Selma, OR native began singing at gigs around and near her hometown when she was only 13 years old.  With an intense love for Country music, horses and the outdoors, Cook’s energetic, girl-next-door approach to both her songwriting and music epitomizes the Country lifestyle.