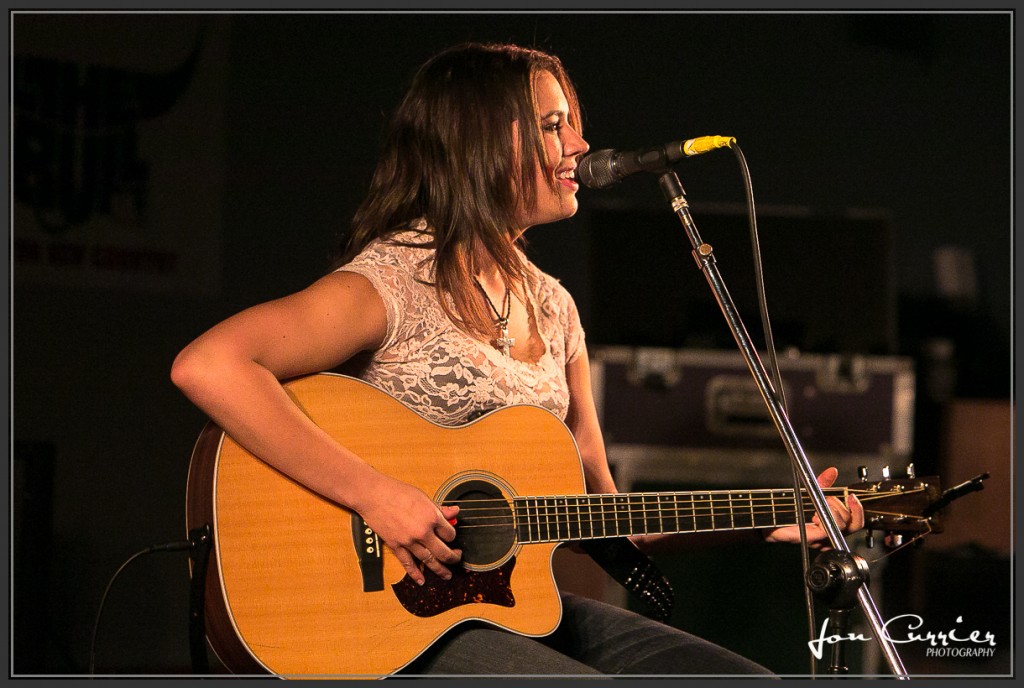 Country Newcomer Rachel Farley is making an impact on country music with her debut single “Ain’t Easy.” Signed with Red Bow Records, Farley brings a refreshing, new sound to the genre as she makes her way coast to coast introducing her music.

Rachel Farley is no stranger to the stage. She has shared the same stage as Jason Aldean & Luke Bryan on Aldean’s My Kinda Party Tour, as well as toured with Brantley Gilbert at the young age of 13. While she has rocked the big stages, Farley definitely knows how to make a lasting impression in a small, intimate setting. Armed with just her guitar, Rachel performed a solid acoustic set on Monday evening, July 8, for The Bull’s New Faces Showcase event to benefit the Clark County Food Bank.  She captivated the audience from the start with her smooth vocals, coupled with her seasoned stage presence.

Not only is Rachel a talented vocalist, but also a talented songwriter. She wrote/co-wrote all the songs that will be on her forthcoming debut album. With her powerful voice, Rachel showcased “Jet Black Angel,” “I Thought I Told You To Go,” “Fire” and many more including her debut single “Ain’t Easy.” After hearing her perform each of her new songs, it further confirmed that her debut album is definitely one to purchase as soon as it is available. To see more photos from Rachel’s performance, click HERE.

Rachel’s debut single “Ain’t Easy” is available on iTunes now by clicking HERE. Be sure to grab a copy & add it to your country playlist. Also be sure to request “Ain’t Easy” at your local country radio station.