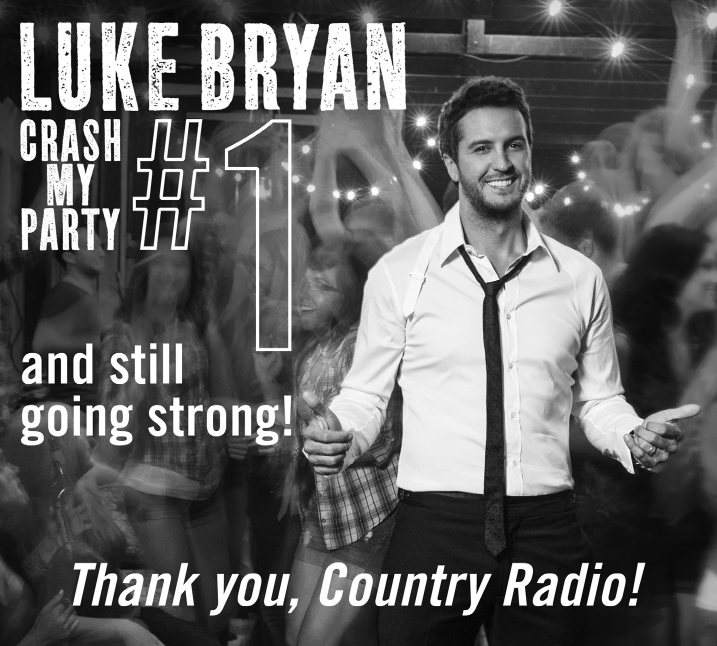 Luke Bryan‘s “Crash My Party” has climbed to the top of the Country Aircheck chart and is spending a second week at number-one on the Billboard country singles chart, marking the Georgia native’s seventh chart-topping hit.

The single is the first release from the ACM Entertainer of the Year’s forthcoming album, also titled Crash My Party, due in stores and at all online retailers August 13th.

By the way, “Crash My Party” has set the record for largest single week audience total at BDS! Billboard switched from “spins” to “audience in 2005 and this week’s total of 45.5 million is the largest total since 2005.

Pick up your copy of “Crash My Party” on iTunes HERE.

One reply on “Luke Bryan’s “Crash My Party” Reaches No.1 On The Charts”